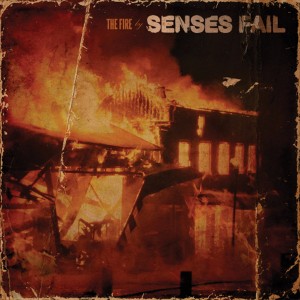 Senses Fail have been distancing themselves from the screaming their fans have come to expect, though their reasons are perhaps more medical than aesthetic. Vocalist James “Buddy” Nielsen’s throat surgery, the band’s constant presence on Warped Tour and Taste of Chaos, and their ever-rotating lineup and have all led to a progression of their sound on their most recent album, “The Fire.”

One early standout, “New Year’s Eve,” perfectly juxtaposes contrasting elements—the screaming is there in spades and gets equal time with (surprisingly tuneful!) singing. The intro guitar is a satisfying departure from the tumultuous wall of sound Senses Fail usually delivers, and the combination makes for a near-perfect song.

Many tracks, like “Safe House” and “Headed West,” feature no screaming at all and take on a more typical pop-punk tone. The songs are saved by guitar flourishes and involved lyrics, but diehards may not take so well to the mainstream sound.

That said, the penultimate track “Irish Eyes” is a delicious minor-key return to form. This is the first Senses Fail album with Zach Roach replacing guitarist Heath Saraceno, but the band sounds just as cohesive and classic as ever.