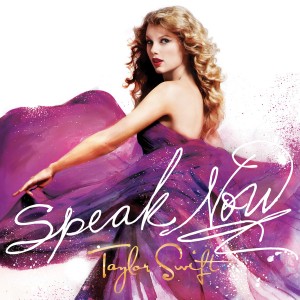 The best way to describe Taylor Swift’s music might be “a chick-flick in three minutes or less.” Not much in “Speak Now” has changed, except now the songs are about twice as long.

While this album returns to her country roots more than “Fearless” did, the  T-Swift hallmarks are still on display—bubble gum pop chord progressions, images of stairs and cringe-worthy vocal riffs. To her credit, she writes her own songs, but Taylor is a little old to be singing about the same things she sang about when she was fifteen. Several of her songs make her sound like a whiny brat who wants things her way and her way only, and “Speak Now” in particular is borderline crazy—she crashes a wedding to win the groom’s heart.

“Back to December” is easily the most indicative of any lyrical growth. For once, she isn’t crying about a boy who did her wrong or about how she wants to be a kid again. Swift is starting to show potential, but she isn’t quite there yet. This album is what was expected—less than mediocre, but still a guilty pleasure to be enjoyed with a pint of chocolate ice cream.