Preparing for the uncertain: LNYF adjusts to virtual practices 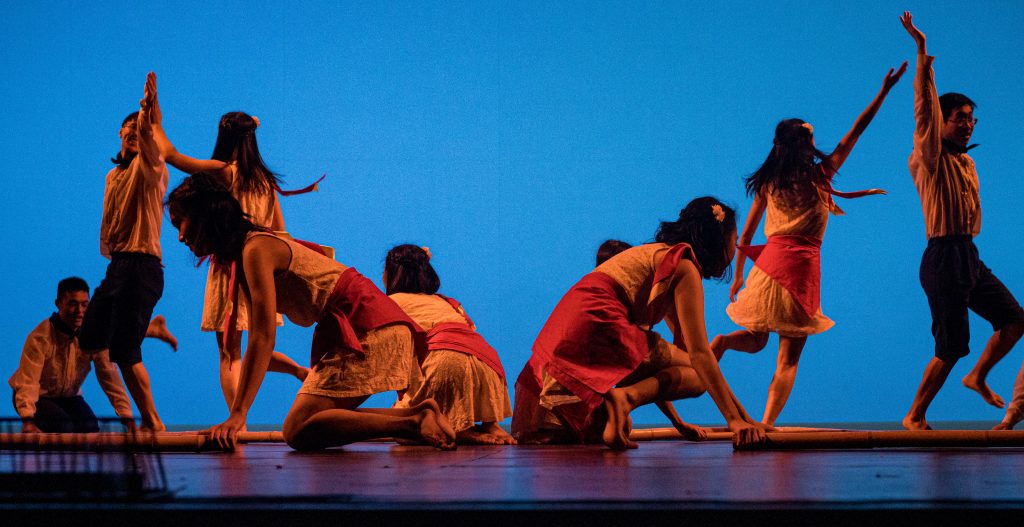 Students perform the tinikling partner dance during the Lunar New Year Festival show in 2020. LNYF executive director Jessica Huang said the group usually has 1,700 audience members each year, but that it is still unclear whether this year’s show will take place in-person or have an audience. (Photo by Curran Neenan / Student Life)

Editor’s note: As of Jan. 31, LNYF has confirmed that they will be holding their performance in person with an audience. Tickets are now available.

The Lunar New Year of 2022 takes place next Tuesday, Feb. 1. Washington University’s Lunar New Year Festival (LNYF), one of the University’s cultural shows, generally performs close to this date. This year’s performance was scheduled for Feb. 11-12. Then the omicron variant spread, and school went virtual. Again.

With the majority of underclassmen not allowed back and rehearsal spaces closed, LNYF has had to change the way they prepare for the show. Executive Director Jessica Huang spoke about the group’s current plans, saying that right now, they are planning for every eventuality.

“It’s just a lot of work to be planning for either outcome,” Huang said, referring to the possibilities of an in-person or virtual performance. “And it will be a pretty last minute switch, because I think we won’t be able to confirm this until like January 31.”

For now, LNYF acts are hosting Zoom practices. Still, this format works better for some acts than for others. Huang cited tinikling, a partner dance which involves an additional two people rhythmically clapping 10-foot-long bamboo sticks around the dancers’ feet, and the lion dance as acts that are having a hard time with virtual rehearsals.

“These dance forms are very difficult if not almost impossible to do with Zoom practice, at least long-term,” she said.

Of course, the Zoom practices are only for the short-term. The current plan is to return to in-person rehearsal once the University reopens the Danforth Campus and the underclassmen are allowed to return to their dorms, both of which are scheduled for this upcoming weekend. If this plan does not change, LNYF will go back to practicing as normal — in person — and performing on the Edison Theatre stage. The question still up in the air will be whether or not they are allowed an audience.

Huang said that for a typical year, LNYF sees around 1,700 audience members. That is a lot of people to fit into the Edison over the course of only three performances, but she says she is optimistic, trying to “focus on the process” rather than the performance itself.

LNYF is not the only performance in this situation. Black Anthology, which was scheduled to perform over the first week of February, and Carnaval, which is scheduled for mid-March, were also hit hard by the virtual start to the semester. Black Anthology said they could not comment due to how much was still uncertain.

All three groups have been in communication. Huang spoke about an email she and the other directors of LNYF received from the directors of Carnaval shortly after the University announced the campus closure, and said that inspired her to reach out to Black Anthology.

If the University’s current plan remains in effect, Huang expects the public to see LNYF sometime in mid-February, though whether that is in the Edison or online remains to be seen.