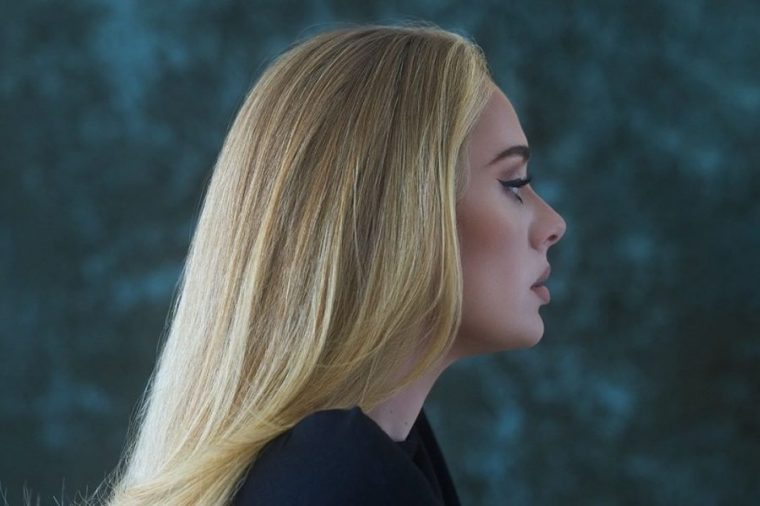 “You can’t deny how hard I have tried.” Almost yodeling as she sings this line in “Easy on Me,” Adele reflects on the battles she faced in her marriage. While simultaneously singing about surrendering, she powerfully belts, “I changed who I was to put you both first, but now I give up.” In this song and many throughout her fourth studio album, “30,” Adele powerfully asserts that quitting a fight does not mean weakness; instead, it demonstrates foresight to relinquish one fight to conquer another, more important one. For Adele, the more important fight is self-love.

Themes of motherhood, divorce and the weight of a child’s expectations dominate the album. Yet listening to the album on a common room sofa with my friends, our biggest worries and responsibilities being papers and discussion posts we procrastinated on, the album never felt alienating. We munched on pretzels with the turn of each song’s chorus and interlude with Adele’s vocal power and influence.

The album opened in a lower register with “Strangers By Nature.” She mourns the death of a relationship, declaring, “I’ll be taking flowers to the cemetery of my heart.” However, the song maintains an ethereal feeling throughout; with the deviation of the song’s sound from her previous tracks, listeners soon realize that this album will show more sides to Adele both emotionally and musically.

She continues this exploration in “My Little Love,” speaking directly to her child. It also opens in a lower register, and the moroseness never ceases throughout the song. It felt like eavesdropping on a conversation that Adele didn’t mean for me to hear. Adele’s choice to include voice recordings in the second half of the song, while raw and honest, disrupted the song’s flow. The beauty of Adele shines when she uses her voice and melodies to convey storytelling, and the spoken words feel like a sharp jolt.

“My Little Love” and “Oh My God” break the heaviness of the early part of the album by infusing it with more liveliness. Both rely more heavily on production, and while the former aimed for a more retro vibe, “Oh My God” better achieved the goal. The chorus feels like a cascade. As she repeats, “Lord don’t let me, I said Lord don’t let me (I know that it’s wrong),” she cleanses the heaviness of the previous tracks. The spiritual and gospel influences are palpable throughout this song and “I Drink Wine,” especially with solid use of harmony, stomping and call-and-response.

In “I Drink Wine,” Adele sings every single chorus of the song differently, keeping this six-minute song, which easily could feel dragged out, fresh and original. “How can one become so bounded/By choices that somebody else makes?/How come we’ve both become a version/Of a person we don’t even like?” She hints at a loss of identity that came with her marriage.

Not everyone listening to the album has or will go through a divorce — certainly the three of us sitting in my suite in Eliot B, drinking apple cider and nearly finishing a bag of pretzels, hadn’t. However, we’ve all been confronted with situations that cause us to examine who we are and just how far we’ve fallen from where we once were. The cause could be anything. It could be the realization that you’ve placed your entire worth on academics and then suddenly coming to an institution with high stakes, amongst others with equal accomplishments, and feeling lost. It could be the lofty expectations parents imprinted on you. For others, this realization happens when you depart from a belief you’ve been told to accept that distracts you from true introspection. It could be something as simple as forgetting to do things that make you happy.

She followed the song with “All Night Parking,” which easily felt like the weakest song on the album. Nonetheless, it’s an easy addition to a lo-fi study music album. While “Woman Like Me” also maintains a mellow sound as well, Adele charges it with spite, something that felt missing about a relationship that ended awry.

“To Be Loved” left me with goosebumps. The depths of sorrow that the track dives into kept me heavy all night. It demonstrated that amidst all the experimentation within the album, the Adele that left us belting “Rolling in the Deep,” “When We Were Young” and “Set Fire to the Rain” still exists and still delivers a raw, all-consuming ballad.

“To Be Loved” faded out, ushering in the final song, “Love Is A Game,” and the question on our minds was simple — Will this be a happy or sad ending? As we listened though, we realized the conclusion wasn’t so simple. Each chord progression in the beginning kept us guessing. This feels like a song for a movie-musical (and an Oscar-winning one at that). Just released yet feels timeless.  A cinematic experience. Rooting for a protagonist who’s flawed.