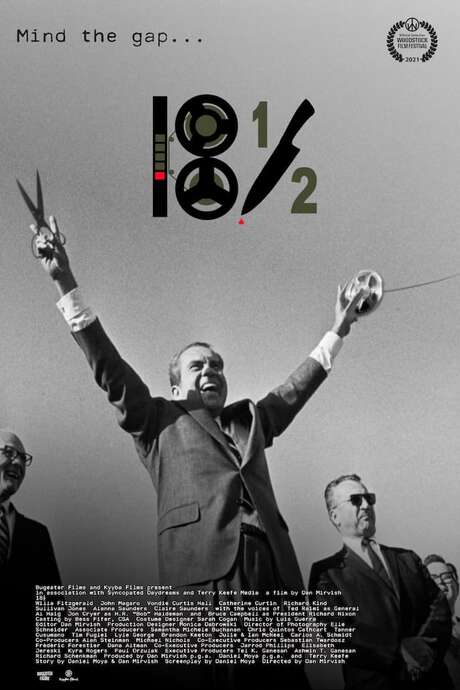 When Mirvish, an Omaha, Nebraska native, attended WashU, there was no film department, so he majored in History and Political Science. Though he is now a full-time filmmaker, his majors aided him in becoming a Senate speech writer shortly after graduating, as one of his professors at WashU was former Senator Tom Eagleton.

After being a speech writer, Mirvish went to graduate school for film at the University of Southern California. Though he was not a film major, Mirvish “had taken some film classes at UCLA during the summer after my freshman year [of college],” where he learned about cinematography and how to use 16mm film. On campus, he was president of Film Board, “a student-run group that showed movies at Brown Hall every night.” Once Mirvish learned how to make 16mm film, he shot movie trailers with other members of the group and showed them before screenings. WashU may not have had a film department at the time, but Mirvish was very connected to WashU’s film scene.

Mirvish remarked, “I spend most of my time actually as a producer,” despite also being a writer, director and filmmaker. Most of his work comes from fundraising and overseeing the production process, which is essentially “everything after you’ve said ‘wrap’ on shooting.” Mirvish explained that while a crew may only film on set for a month, post-production work can last about a year.

Regarding “18½,” Mirvish came up with the story idea with an intern of his who went on to write the script. At the time, Watergate had already been on his mind. “I co-wrote a novel a few years ago, and we have a whole chapter about Watergate in it.” Senator Eagleton, Mirvish’s professor, was actually involved with the campaign that Watergate was about.

“18½” was filmed in Greenport, New York. Mirvish originally went there to show a colleague another one of his films, but as soon as he saw the location, he knew he had to film something there. “In indie film there’s an old adage: ‘If you get a great location, you can write a movie around it.”

In the movie, Connie Lashley stays at a motel in Greenport with Paul Moore, a New York Times journalist she reached out to when she first found the tape. Paul tries to get Connie to give him the tapes immediately, but when she refuses he suggests they go to the motel to listen in private. At the motel, they meet the extremely talkative owner, a group of hippies and a strange elderly couple who make their stay much less private than expected.

“Growing up in the ‘70s, if you said 18½ everyone knew you were talking about the gap in the Nixon tapes.” Mirvish’s film is incredibly well done with aesthetically pleasing cinematography and a high quality cast. The camera pans were always a pleasure to look at, and the movie beautifully utilized its scenery. The costumes are finely done, and it’s clear how much work everyone involved in the project went to it.

Understandably, Mirvish said his experience with audiences of the film was quite different because of COVID. “The funny thing about making a film in a pandemic… [was that] we couldn’t do a test screening because you couldn’t get people together. So the first time I saw it with an audience was less than 2 months ago at our world premiere at the Woodstock film festival. And then last night [Wednesday] was the second time I saw it with an audience, at the Tivoli.”

When asked what he wanted audiences to feel after watching the movie, Mirvish said he wanted them to have “questions about what happened in real life, and also what happens to our fictional characters [at the end] too, because we definitely don’t answer everything.” We’ll never truly know what happened with the missing Watergate tapes, and the unknown truth is exactly what Dan Mirvish’s intriguing “18½” speculates on.