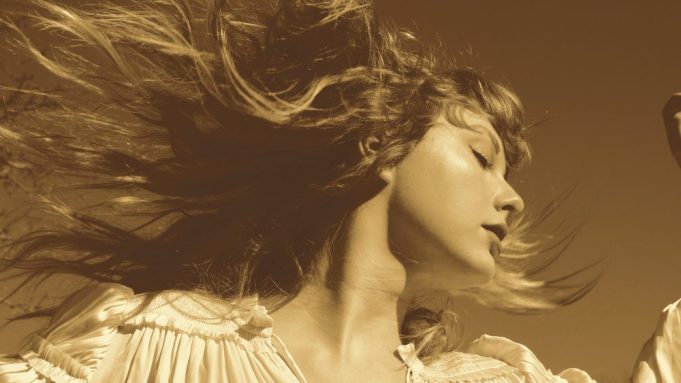 I will proudly admit that I’m a die-hard fan of Taylor Swift. I have been, I am and I always, always will be. From burning the “Fearless” album onto a CD in 2010 to endlessly rewatching the classic “You Belong With Me” music video to spending hours bingeing her entire discography while working on my sophomore English final, I have spent days of my life listening, dancing (badly) and singing (semi-okay-ly?) to her music. In fact, this is the second time I’ve reviewed one of her albums—shout-out to my high school self and Taylor’s “Reputation” era. (Ironically, the old Taylor is, apparently, not dead!) All of this is to say that yes, I am not an unbiased reviewer, and the sister-albums “folklore” and “evermore” did carry me through the last half of 2020—and through January finals, and the first third of 2021, alright? Anyways, folks, let’s dive right in.

To clarify, Swift is rerecording all of her old albums, not revising them. When I first heard about this project, I wasn’t sure how much editing to expect when it came to old favorites. The much-beloved, much-listened to album has, thankfully, not changed all that much. However, there are subtle production shifts that pushed the music to its highest potential. And with six new “From the Vault” tracks, previously unreleased songs that were written for the first “Fearless” album, Swift, free from the constraints of her previous record label, has taken full advantage of her artistic freedom. This includes a collaboration with Keith Urban on “That’s When (feat. Keith Urban) (Taylor’s Version) (From the Vault),” a song about a broken-up couple who realize they can’t live apart; “You All Over Me (feat. Maren Morris) (Taylor’s Version) (From The Vault),” which follows the story of someone trying to get over an ex; and four more songs about love, heartache and relationships.

An 18-year-old vocalist is not going to sound quite the same as their 31-year-old counterpart, and Swift’s vocals are absolutely beautiful—still tender, but more confident than the earlier recording. There’s a richness to the mature voice that Swift has developed more than a decade after releasing “Fearless” in 2008.

In addition to the diligence and craft that went into carefully remaking arguably the most iconic Taylor Swift album, another strong point of this release is its timeliness. Filled with sweet ballads, twangy heartbreaks and reminiscing about childhood, it is a nostalgic masterpiece. In a time when loneliness is at a peak, “Fearless (Taylor’s Version)” brings people like me, who grew up listening to these songs, back to our youth. I realize that my “Back in my day, we used to listen to country Taylor Swift!” stance makes me sound old, and I’m really not, I swear! But bringing back her country roots and music style really does remind me of when I first started actually listening to music and developing my own music taste outside of what my parents listened to. “Fearless (Taylor’s Version)” pays tribute to Swift’s roots and to her loyal fanbase in a poignant way, all the while clapping back at her old record label.

If you’re a young’un only now discovering the wonders of old Taylor Swift, or if you’re a dedicated fan like me or even simply curious, give “Fearless (Taylor’s Version)” the listen it deserves.