‘To All The Boys: Always & Forever’ isn’t perfect, but it didn’t need to be

Note: This is not a spoiler-free article. If you read this article, you will encounter spoilers about the movie.

It was always going to be difficult to wrap up Netflix’s rom-com movie series, “To All The Boys.” The movies, based on the book series by Jenny Han, center around high schooler Lara Jean Covey and her boyfriend Peter Kavinsky. The first film gained fame for its fun cheesiness (and that it starred Noah Centineo during his big break didn’t hurt). The second, which I reviewed last year, was similarly cheesy but less fun. But here’s the thing about high school—it doesn’t last forever. 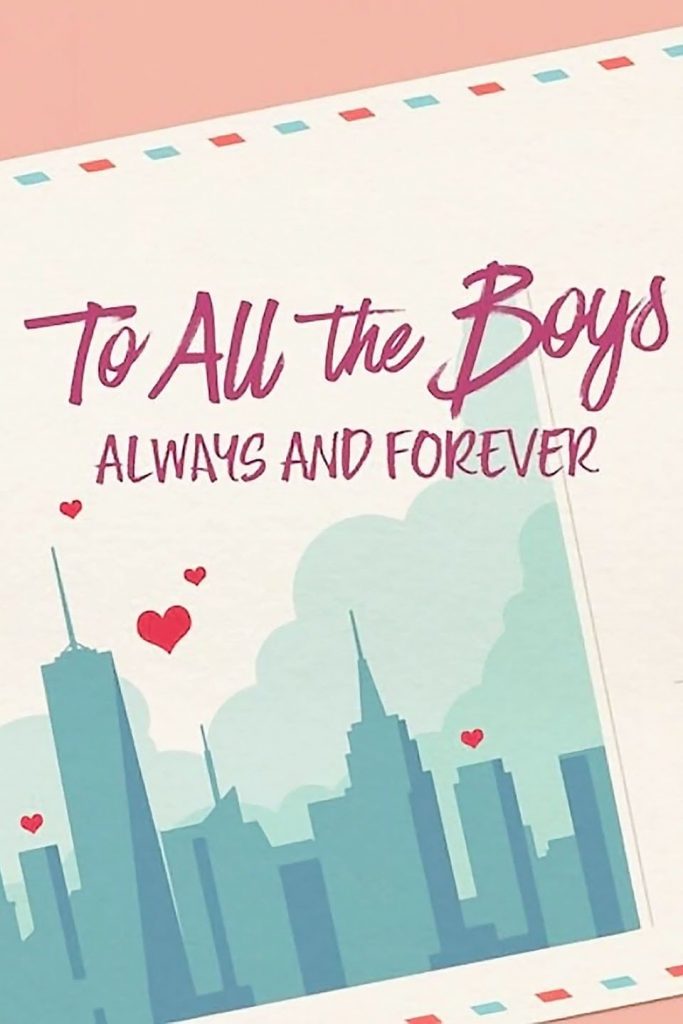 That’s the central issue at the heart of the series’ third and final installment: “To All The Boys: Always & Forever.” Peter has been offered a lacrosse scholarship to Stanford University, and he can’t say no. Lara Jean has a picture-perfect life planned out for them: they’ll go to college together and stay together for the rest of their lives. There was a montage. It was cute. But disaster strikes when she doesn’t get in, and it’s only made worse when she visits New York University and falls in love.

I wasn’t expecting to like this movie. I’ll get that out here right away. I wasn’t the biggest fan of the second movie, and my attitude toward rom-coms has changed a lot in the last year—and not for the better.

[More from Isabella Neubauer: As some episodes adopt weekly episode release patterns, it’s not as bad as you think]

“Always & Forever” wasn’t perfect. It couldn’t be; it’s a cheesy Netflix rom-com about high schoolers. But it felt a lot more genuine than the second installment, and I connected with it a lot more. Maybe that’s just because I remember going through some of what Lara Jean went through—making plans for a perfect life and seeing it all fall through. Not getting into my top school, or my second choice, but still finding the one that was right for me. But I think it was more than that.

This movie was about Lara Jean learning to live in the moment. She’s still not there by the movie’s end, hence the title, but that’s okay. She stepped outside the box, both on her family vacation to Seoul and the school trip to New York City. She watched her movie montage break apart and didn’t let it break her.

I wasn’t thrilled with the ending. There were a lot of things I wasn’t thrilled with, actually, from the way Lara Jean had been building her life around a boy to the way nearly half of the movie felt like watching someone else go through a breakup. But enough of the movie was good that I’m not even mad about it. Kitty’s online boyfriend was cute. Lara Jean’s dad’s wedding was sweet. I loved that Chris and Gen made up. The scene on the train with the pink couch made me nostalgic for the beginning of my college career. I don’t remember any previous plotline about Peter and his dad (perhaps it was simply too forgettable), but the resolution was nice even if its presence was confusing. The plotpoint gave Peter a life outside of Lara Jean and high school, which, especially after a movie series largely about Lara Jean’s family, I was grateful for.

Did I wish Lara Jean and Peter had stayed broken up? Maybe. But hey, maybe we need a little bit of hope. It is a movie, after all. Nobody knows what the future looks like right now. I guarantee the actual class of 2021 won’t have huge parties or an unmasked graduation ceremony like Lara Jean’s fictional class of 2021 did. But in a time where we can’t possibly know what’s next, it’s nice to think it could be always and forever—not only between Lara Jean and Peter, but with all of the movie’s relationships, romantic and otherwise, and maybe our own too.

StudLife Wrapped: A year in music for our staff