Disney+ finally added Whitney Houston’s ‘Cinderella’ last week. What else are they missing?

Media conglomerate Disney created or now owns almost every favorite childhood film. From princesses to monsters, Disney has done it all, and when streaming service Disney+ appeared on the scene, it felt like everything was clicking into place—all of the fan-favorites in one spot. But that wasn’t the case. One important movie was missing. Some (myself included) would call it the peak of cinema and the best example of what a diverse cast looks like.

On Feb. 12, Disney+ added “Cinderella” (1997) to its digital archives. This film, produced by Whitney Houston and starring Brandy as the titular character, Bernadette Peters as the stepmother and Houston as the fairy godmother, was the first live-action Cinderella film and while it is Roger and Hammerstein’s variation and not Disney’s, Disney still aired it as part of “The Wonderful World of Disney” television series. Not putting this particular Cinderella film on their streaming service until now was a serious misstep, and it prompted me to think about the other movies and television series that Disney+ is missing. 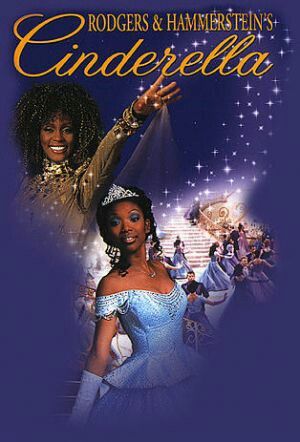 The poster for the 1997 Cinderella.

‘The Muppets’ Wizard of Oz’

I used to love this film. At one point, I preferred this version to the 1939 film starring Judy Garland. Why? Because Ashanti played Dorothy and Queen Latifah played Aunt Em. The film departs from the original story in a few ways—Dorothy wants to go to Hollywood and be a singer, and they don’t own a farm but a diner. Considering that Disney+ released a new Muppets television show last year—”Muppets Now”— it would make sense for them to release a fan-favorite such as this one. “The Muppets’ Wizard of Oz” was also part of “The Wonderful World of Disney” when it was released as a TV movie like the 1997 “Cinderella” so it could be coming soon, although nothing has been released to verify that claim.

Most people will remember this film, which was released in 2000 also as part of “The Wonderful World of Disney.” Tyra Banks stars as Eve Doll and Lindsay Lohan as Casey Stuart. Lohan’s character tries to resurrect her dead mother using magic but instead brings her doll to life. What could be better than watching Tyra Banks pretend to be human with Lindsay Lohan by her side? Nothing. A “Life-Size” sequel was released on Freeform in 2018 with Tyra Banks reprising her role. The sequel is on Disney+, but the original is not.

Before the 2014 film starring David Oyewolo and Oprah Winfrey, there was “Selma, Lord, Selma.”  Jurnee Smollett’s character, Sheyann, is inspired by the words of Dr. Martin Luther King, Jr. and decides to take part in the march herself. Aired on ABC as part of—you guessed it—“The Wonderful World of Disney,” I had this film on DVD and would watch it every February. There was something about watching a child take part in such a monumental and historic event that I loved to experience over and over again. It would be a smart move on Disney’s part to add this to their platform.

‘Cory in the House’

The only TV show on this list, I would be remiss if this title didn’t make an appearance. “That’s So Raven” is on Disney+ and its spin-off, “Cory in the House,” should be in the lineup as well. While Disney says that it’s coming soon, it’s not coming soon enough. Personally, I would love to watch Kyle Massey reprise his role as Cory Baxter and continue to participate in his hilarious money-making schemes while living under the roof of the most powerful figure in the country. You cannot have Raven without her brother.

Lusting for more Bridgerton? Here are five period pieces to watch as you wait for season two

Bring back the nostalgia: Animated TV shows that deserve a reboot