On Oct. 30, 2020 pop star Ariana Grande released “Positions,” her sixth studio album. Unlike most pop albums, “Positions” had very little promotion before its release. Grande simply tweeted “i can’t wait to give u my album this month” two weeks before the album’s release on all streaming platforms. The surprise drop did not disappoint, and Grande’s album is a fun piece of joy in very chaotic times. 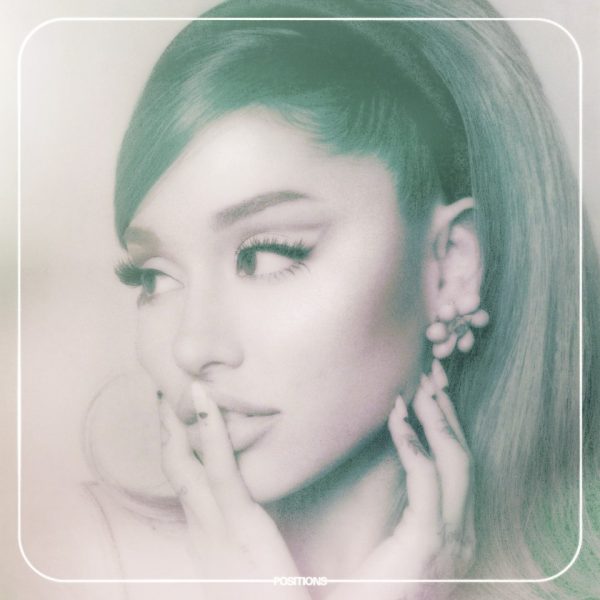 Just because the album lacked standout songs does not mean that it was a letdown, JJ Coley argues.

“Positions” finds Grande revisiting the R&B style that skyrocketed her to fame as a singer on her debut album “Yours Truly,” a revisit experimenting with the more updated aspects of the genre. While “Yours Truly” showcased Grande’s powerhouse vocals and stellar range, “Positions” is a playful opportunity for her to utilize more dynamic and upbeat instrumentals, reminding us why she’s so acclaimed in the first place.

The second track on the album, “34+35,” is a buoyant sex anthem that sets the tone for the rest of the songs to come. In “34+35,” Ariana Grande coquettishly sings to a lover with tongue-in-cheek lyrics like “just gimme them babies,” “you’re such a dream come true, true / make a b-tch wanna hit snooze, ooh,” and the innuendo of the title itself.

With smooth transitions and an impressive list of features, “Positions” is stacked with flirtatious, cheerful songs that are a welcome distraction from the gloom of the ongoing pandemic. Ariana Grande mainly sings about sex and her self-confidence, and although these aren’t serious topics, these days I like to take my joy wherever I can get it.

The Weeknd features on “off the table,” one of the most intimate songs on the album. The two duet on the slow song about lost loves, crooning “Will I ever love somebody like the way I did you?…If I can’t have you, is love completely off the table?” The song almost seems out of place amongst the other relatively lighthearted tracks, but it’s also a testament to the multidimensionality of Grande’s talent and her ability to perform authenticity and intimacy at any moment.

Critics have denigrated “Positions” for its lack of showstoppers, but this take fails to consider Grande as a real person. The album definitely isn’t as flashy as its predecessors, and on first listen its tracks blend together in a way that’s almost shockingly normal. But the songs get better and more distinct with each listen, and this normality actually makes the album feel more authentic. Although she’s not showing off her stunning belt, when Ariana Grande sings “never thought I’d believe in love again…but I knew you were the real thing/when you walked through the door” in the penultimate track “obvious,” it feels like something any young adult would say when swooning over a new lover. Rather than focusing on emphasizing complex vocals, “Positions” is an examination of the ordinary yet deeply important intimacy that we all experience.

On Nov. 8, Grande tweeted “this is my favorite album yet,” and a lot of listeners may feel similarly. It’s maybe not her best, but that makes it all the better. Instead of repeatedly striving for perfection, “Positions” catches Grande exploring her sound as an evolving artist, a sound that’s more about self-growth than crowd pleasing.