Try to keep up: ‘Tenet’ is as electrifying as it is perplexing

Christopher Nolan welcomes audiences back to theaters with a mind-melting concept and the most creative action you’ll see all year: ”Tenet.” Watching “Tenet” in theaters—the first time I’d been to one since quarantine began—felt like coming back from summer break and being handed an exam on the first day, but I didn’t mind. After a decade in which he challenged audiences’ notions of time with “Inception” (2010), then shattered them entirely in “Interstellar” (2014), it seems as if in 2020, Christopher Nolan is picking up right where he left off. 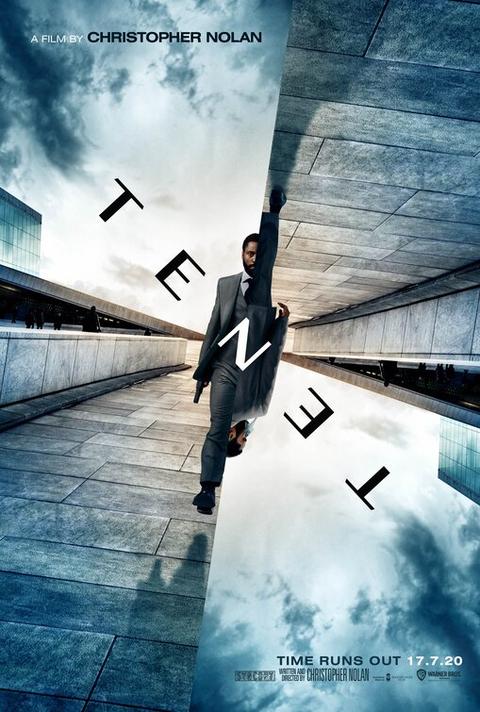 “Tenet” follows a secret agent known only as “the Protagonist” (John David Washington) sent on a mission with no information other than a single word: “tenet.” This word leads to a string of connections across the world who inform him of the looming threat sent from the future. Joined by the mysterious agent Neil (Robert Pattinson), the Protagonist learns about “inversion,” a phenomenon in which objects and people can reverse their entropy, allowing them to travel backwards through time. Bullets shoot back into guns, fallen buildings re-assemble and, most importantly, people can travel through the timeline in reverse, affecting events as they unfold; imagine a fish swimming upstream in a river. This technique is how the future, which is as ambiguous as it sounds, plans to unleash a temporal catastrophe upon the world. With the help of deranged Russian arms dealer Andrei Sator (Kenneth Branagh), who executes their plans in the present, the plot to reverse the world’s entropy using a doomsday device reaches its endgame. Fighting enemies backwards and forwards, the Protagonist and his allies must thwart the plot and alter the grim fate of an unraveling world.

The movie is undoubtedly rooted in classic James Bond-like spy thrillers with dangerous stunts, enormous set pieces and an almost parodic foreign villain. This, of course, is supplemented by Nolan’s almost compulsory time-tampering and use of IMAX cameras. John David Washington delivers a strong performance in a highly-demanding role, Robert Pattinson continues to display his immense talent and a strong supporting cast ensures “Tenet” operates at its highest potential. These strong performances are imperative, grounding a film that actively pushes the audience to their conceptual limits.

Though Nolan has toyed with the theory in earlier films, this is his most sincere attempt at time travel, and his knack for delivering a bold and original perspective shines yet again. Instead of hopping in a machine, phone booth or DeLorean, these characters actually move backwards in space and time—that is, from the perspective of those moving forwards in time. This creates arguably the most entertaining action sequences captured on film in recent memory, as traditional action transforms into palindromic chaos: characters colliding from opposite directions in time, fighting that which appears to be going in reverse. A car chase during the middle of the film captures the full potential of this idea, as cars are driven backwards, flipped in reverse and un-exploded, all while trying to chase down someone who has seen the fight unfold before. The excitement of a concept that makes the “Terminator” movies sound straightforward reaching such thrilling heights is just more evidence of Nolan’s absolute command of his craft.

Much like its electric action scenes—from its frenetic opening sequence to the credits—the locomotive pace of this movie does not let up. Despite the 150-minute runtime, when trying to juggle the baffling premise, the inverted timelines and an overstuffed plot, you might find yourself trying to catch your breath every few scenes. Alternatively, you may be scratching your head out of pure bewilderment. Characters spend a great deal of time trying to explain the plot, yet it still feels a bit out of reach because of how far the film takes its premise. Nolan reportedly spent nearly 10 years developing the story for “Tenet.” At some points, it feels like the viewer may need the same amount of time to understand it. Time travel is never simple, and the amount of questions that arise from Nolan’s take are almost enough to take one out of the movie. But fear not! As physicist Laura (Clemence Poesy) explains to the Protagonist early in the film, “don’t try to understand it, feel it,” and that tenet (pun intended) certainly holds true for the audience as well.

Like much of Nolan’s filmography, trying to nitpick your way through this movie—at least while in the theater—will only give you a headache. The best way to enjoy this movie is to sit back and let it unfold on its own. Enough of the story makes sense to stay invested, so don’t overthink it while watching for the first time. Feel the immaculate, thundering soundtrack by Ludwig Goransson and the genius behind Childish Gambino’s “Redbone” shake your seat. Enjoy the enormous scale of “two-way” fight scenes filmed in IMAX format. And only after the credits roll, after you’ve taken a moment to digest and appreciate the magnificent spectacle of it all, should you begin to wonder whether it all made sense or not.