‘Border South’: A new take on the migrant documentary genre

The Survivor. The Trail. The Anthropologist. These are the three different legs of the migrant journey that are the focus of Raúl O. Paz Pastrana’s 2019 documentary “Border South.”  The film offers a completely new take on the migrant documentary genre with its more intimate details of the migrant trail running from southern Mexico to the U.S. border. While many documentaries about migrants describe the fast-paced passage and the proposed happily-ever-after end of the immigration journey, “Border South” is about the less-publicized waiting game many migrants have to play.

“Border South” follows Gustavo—the survivor, a Nicaraguan shot by Mexican police on a train while getting closer to the border—as he awaits a humanitarian visa. Pastrana’s documentary offers a close up view of “The Trail” with intimate conversations with Central Americans waiting for an opportunity in migrant camps, forests and by the train tracks. Even more uniquely, “The Anthropologist” provides an ethnographical lens to the trail by following University of Michigan anthropology professor and Director of the Undocumented Migrants Project Jason De Leon as he waits for more information on a missing young migrant. 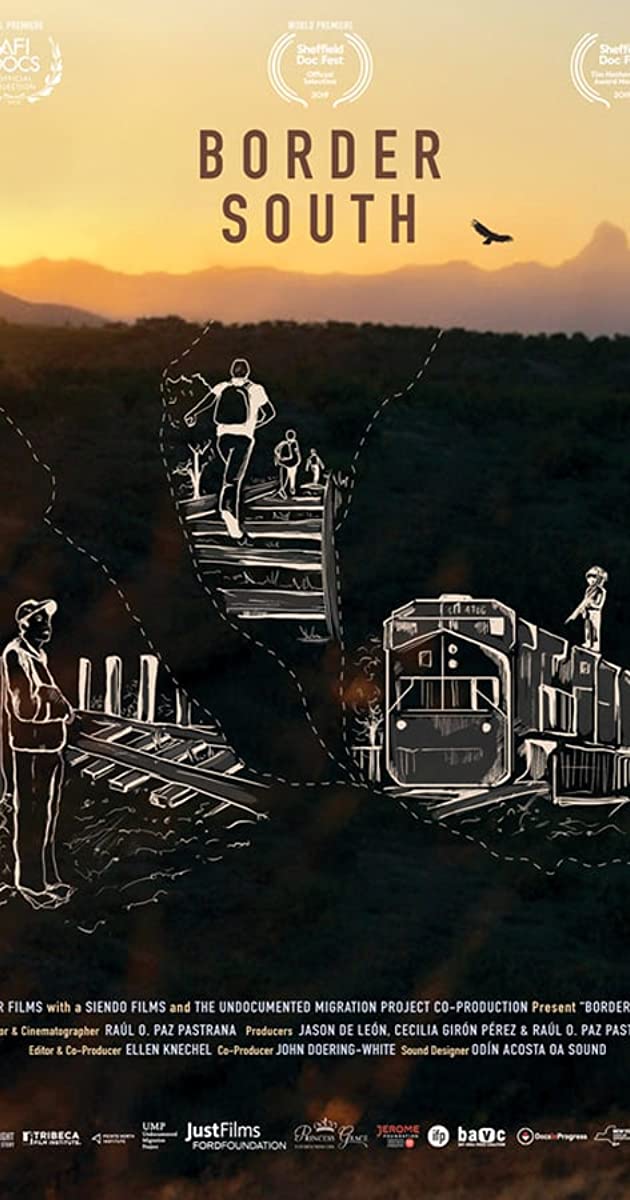 The film is part of a global pop-up exhibition—Hostile Terrain 94—organized by the Undocumented Migrants Project, an anthropological study of the migrant movement from Latin America to the United States. The exhibition includes handwritten toe tags that represent the thousands of missing migrants, and it shows many different artifacts, ranging from shoes to backpacks, that were left on the migrant trail. On Sept. 24  and 25, Washington University kicked off its version of Hostile Terrain 94 with a free screening of “Border South” followed by a question and answer session with both Pastrana and De Leon.

The film’s unique take on the migrant journey is one of the main reasons it found a place in De Leon’s Undocumented Migrants Project. In the post-screening Q&A, De Leon reminisced at his recognition of the distinctiveness in Pastrana’s vision as “a narrative trying to explore aspects of this process that [De Leon] felt were really ignored.”

While other migrant movies focus on the dream-come-true ending of the journey, “Border South” presents the unresolved stories that end right where they began. The lack of resolution is just as frustrating as it is sobering. The reality in the lack of progress is refreshing to watch, especially compared to the feel-good stories like “Made in LA” and “Which Way Home” that are pervasive in the genre. This aspect of the film was not an accident. “The lack of resolution that the film has speaks to this idea that… there’s no way to wrap this up kind of nicely and to put a bow on this kind of thing,” De Leon said.

Even though the waiting and the lack of progress can drag on for a while, the documentary uses it to show the reality of the journey. Overall, the authenticity of the film and the new stories it shares definitely make it a must-watch.

Hostile Terrain 94 and the Undocumented Migrants Project will be hosting monthly webinar series starting Wednesday, Sept. 30, and are collecting videos for a “Moment of Global Remembrance” for the thousands of people who have died or gone missing while crossing the U.S./Mexico border. According to Pastrana, PBS is working to broadcast “Border South” in the near future.