“We can build a world where black and brown lives matter, where trans[gender] people aren’t a burden, and where we have spaces for disabled people and LGBT[QIA*] people. You can make that world happen with this energy.” This energy that coursed through the Ready Room crowd of the SWMRS (pronounced ‘swimmers’) show on April 23 was palpable and overwhelmingly positive.

As a band famous for demanding social change and action, SWMRS’ lead vocalist, Cole Becker, layered moments like the one above between songs, creating a safe space for expression and feeling the “rock and roll energy like waves.” The Oakland, California natives brought fellow talented West Coast bands Destroy Boys and Beach Goons along on the tour for their latest album, “Berkley’s on Fire.” Both openers fit in well with SWMRS’ call for a sort of social evolution. Destroy Boys called for a girls-only mosh pit and let the crowd know that they make music for women, LGBTQIA* people and people of color (POC). Beach Goons touched on themes of mental health in their songs and sang in Spanish, representation that I’ve rarely seen in punk music.

SWMRS frontman Cole Becker takes a moment between songs to speak about importance of inclusion. SWMRS played the Ready Room on April 23.

In a culture that is reeling from the effects of toxic masculinity and privilege rising to the surface in more facets than one—especially in a musical community lacking heavily in safe spaces for women, POC, and LGBTQIA* people—seeing SWMRS define a new standard with an awareness of their own privilege was refreshing and—as seen in the faces of the crowd that had their energy turned to eleven all night—freeing. SWMRS managed to do what seemed like the impossible: make a wall-of-death mosh pit feel comfortable. 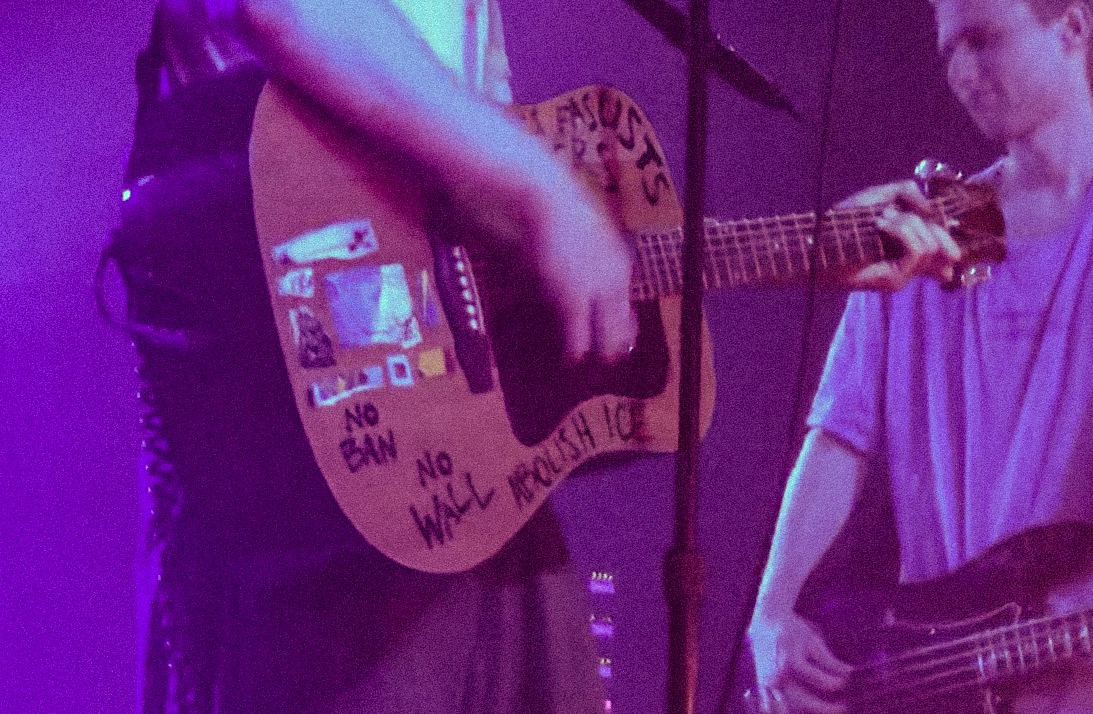 The band follows through on the messages of change and acceptance in their public lives as well as on stage. You could see this commitment by looking at the customization of Cole Becker’s guitar, which brandished the words, “No Ban. No Wall. Abolish ICE.” SWMRS’ commitment to their message fostered a night of unbridled love for music as well as an understanding that the community the music creates comes with a responsibility to fight for the change that their lyrics and fans are calling for. The band parts for the night with a final message from Cole Becker for the crowd to fight the good fight: “Just keep swimming.”