‘The Creation:’ Black Anthology’s 30th anniversary performance to hit the stage this weekend

Black History Month begins this Friday, and with it comes this year’s Black Anthology (BA) performance, “The Creation.” Over the last few weeks, posters have gone up around campus, and the giant sphere by the Underpass has been painted to promote BA.

Despite the publicity, no one outside of Black Anthology’s executive board knows what the show is about. That secrecy is a BA tradition, says senior producer Taylor Bailey.

“We withhold all the information until the show,” Bailey, a senior, said. “The topic, what we talk about, it’s always a secret. Anything about our writing process, directing process, choreography, all that stuff is secret.” 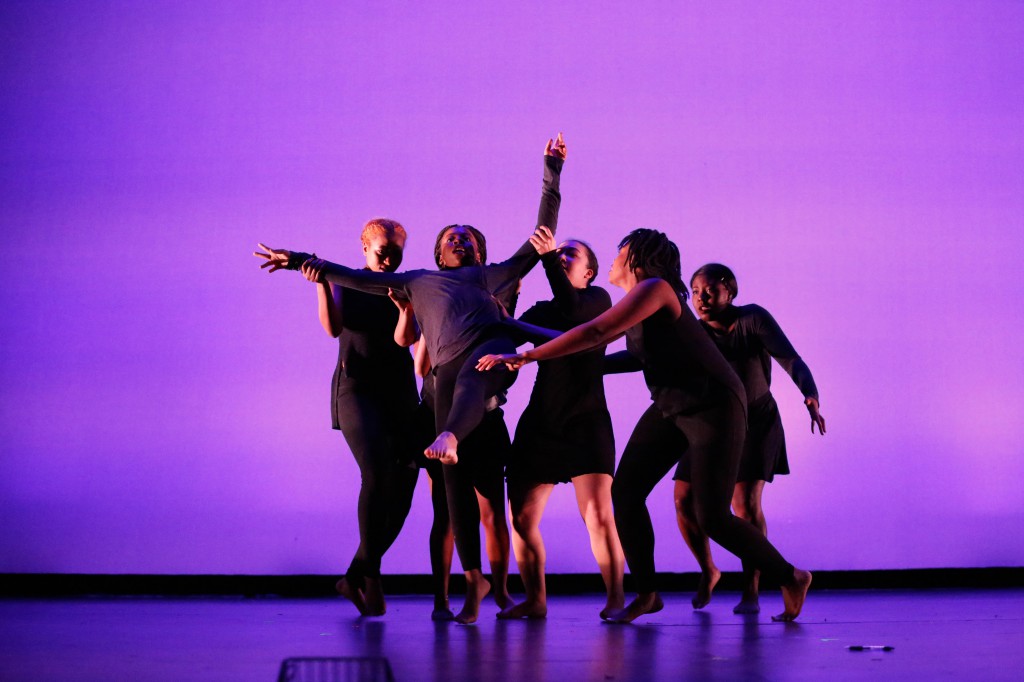 This year marks the 30th performance of Black Anthology, and this weekend’s performance will honor that anniversary. BA will be flying in alumni from across the country for a pre-show panel, where they will be joined by members of the African and African-American Studies (AFAS) department, which is celebrating its 50th anniversary.

“They’ll be talking about their experience with BA, how BA has changed Wash. U. and their trajectory while they were in undergrad and when they graduated,” Bailey explained. “We’ll talk about the history of Black studies on campus and how we can better represent Black art at Wash. U.”

After the performance, BA will host a post-show discussion from 1-3 p.m. on Sunday in the Hamsini Living Learning Community. There, participants can discuss the topics of the performance, their experiences with Black Anthology and AFAS as a department.

As the producer, Bailey has been heavily involved in organizing this year’s production. “I’m kind of the point person for BA,” she said. Specifically, Bailey has brought the BA alumni to campus and planned their pre-show panels while overseeing the executive board. “I manage the executive board and make sure we’re still upholding Black Anthology’s purpose.”

Though she couldn’t reveal much about the production itself, Bailey said that this year’s theme, “The Creation,” was influenced by poems, plays and literature such as James Weldon Johnson’s poem of the same name and by BA’s 30th anniversary. In a way, this show is looking back to the organization’s history.

“We always kind of look to the past, to see what has been done, what hasn’t been done, what we can do better,” Bailey said. “We look at certain moments in Black history, in Black culture and in our own studies, and pass the experiences and draw from those.”

Raven (sophomore Anna Rittenhouse) sits on her bed during a skit from last year’s Black Anthology, “1:05.” “1:05” dealt with issues of relationship violence, an issue that disproportionally affects black women, little is currently known about this years performance, “The Creation.”

Since its founding in 1989, Black Anthology has been dedicated to showcasing the Black experience in America.

“The message that we always want to send with every show is to celebrate Black experiences and put them onstage and to celebrate Black life, history, art, culture,” Bailey explained. “The main goal of BA is to be always doing that and to be discussing topics that may not be talked about onstage. So, hopefully, we can help everybody to learn more about Black history, culture and experiences”

Over the past 30 years, the show has changed, especially in regard to how BA interacts with the St. Louis community.

“We’ve recently added a new philanthropy initiative, so we always partner with a St. Louis organization to try to give back to our community,” Bailey said. “This year we’re partnering with the Black Rep for their summer youth program. A big part of how the production has changed over the years is our community engagement, we just try every year to push the bounds of what we do.”

Bailey emphasized the importance of BA’s ability to evolve. Since the Black experience is so multifaceted, each year’s show has a wide variety of experience to draw on.

“We’re always moving forward and always talking about Black experiences in refreshing and new ways. We have a full range of what we can talk about,” Bailey said. “That’s really my only hope—to keep it going, and keep it going past thirty years. Fifty years, a hundred years, however long Wash. U. will still be here.”

“The Creation” will take place this Friday and Saturday, Feb. 1 and 2, at 7 p.m. at the Edison Theatre. The pre-show panels will begin at 6:15. Both shows are sold out.