For those frequently in the Danforth University Center, it’s hard to imagine Tisch Commons as anything but the site of loud, stressed, Tuesday-tea-drinking students. But thanks to Washington University’s Urban & Hip-Hop Union (WUHHU), it was turned into a lively, ’90s-themed dance floor. From the WUHHU-choreographed dances to the interludes by guest dance groups from both Wash. U. and Saint Louis University, the show kept the audience entertained from start to finish. The WUHHU members showed its audience exactly what their group was made of—and it was sheer confidence and talent. 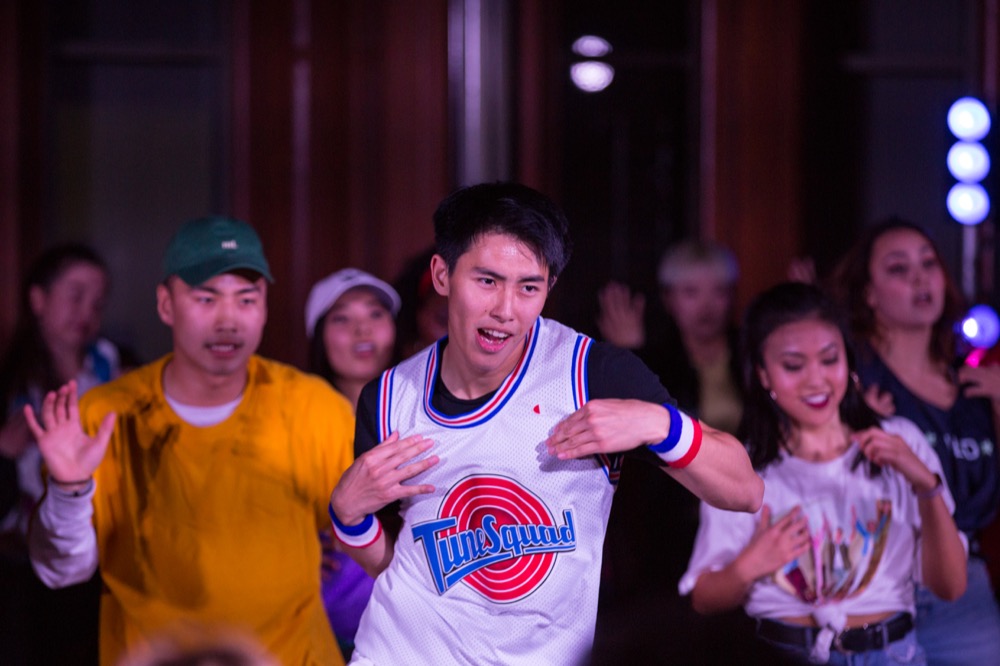 While the co-choreographers for WUHHU are sophomores Julie Pellegrino and Angelina de Leon, the showcase proved the choreographic abilities of a number of the group’s members, including Isabelle Roig, Gabriella Ruskay-Kidd, Kuu Chen, Ashley Yang and Lyrie Wang. Not only were the dances engaging and upbeat, but each one showed the audience the personality of its choreographer; for example, Isabelle Roig’s was a fierce Ariana Grande medley while Gabby Ruskay-Kidd opted for a more rap-infused soundtrack that included Travis Scott’s “Sicko Mode” and Drake’s “Nice For What”. Students and older adults alike shouted and cheered throughout the numbers, and some audience members even held up posters of WUHHU members.

One of the most notable performances of the night was that by junior Max Abrams, who clearly communicated that he was born to be onstage and in the spotlight. From passionately mouthing the words to strutting down the center of the DUC floor, Abrams made it evident that he was no amateur, but he did not steal the spotlight from any other WUHHU members. In fact, this was a common theme throughout the night; each dancer was confident and skilled in their own right while simultaneously supporting their other teammates. As the dances showcased the choreographic ability of some members, it also showcased their knowledge of their teammates in that each one had a designated time and place to show off their dance skills.

The guest performances provided a break from WUHHU throughout the show. SLU’s premier dance group, XQUIZIT, performed an interesting medley of rappers including Kanye West and Bhad Bhabie. WUSauce gave an undeniably fun performance that seemed ridiculously complicated, but one would not be able to tell because of the permanent smiles on the group’s faces. The K.A.R.L. Improv group performed as well, delivering cheeky jokes during games with the audience and one funny impression of an Irishman. Lastly, PL4Y, Wash. U.’s K-Pop dance group, certainly got the memo attached to the event name “Big DUC Energy”. Not only did they hype up the audience for the Exec and Team Dances, but they seemed to challenge WUHHU at their own game.

All in all, I congratulate the members of WUHHU on a successful and packed showcase Saturday night. It was clear that there were countless hours of hard work put into the production of the show and it certainly paid off. WUHHU will be holding open dance classes until winter break that will be taught by members of the group.