This past Saturday, Washington University welcomed two of the founders of Wong Fu Productions, Philip Wang and Wesley Chan. The Hong Kong Student Association (HKSA) and Student Union coordinated for Wang and Chan to come to campus for a free two-hour Q&A session for students.

Even before they arrived, the anticipation was visible, with people whipping their heads towards the doors every time they thought the duo was about to come in. People were chatting left and right about how excited they were that this was actually happening. It was evident just how much Wong Fu means to many of the students at Wash. U. 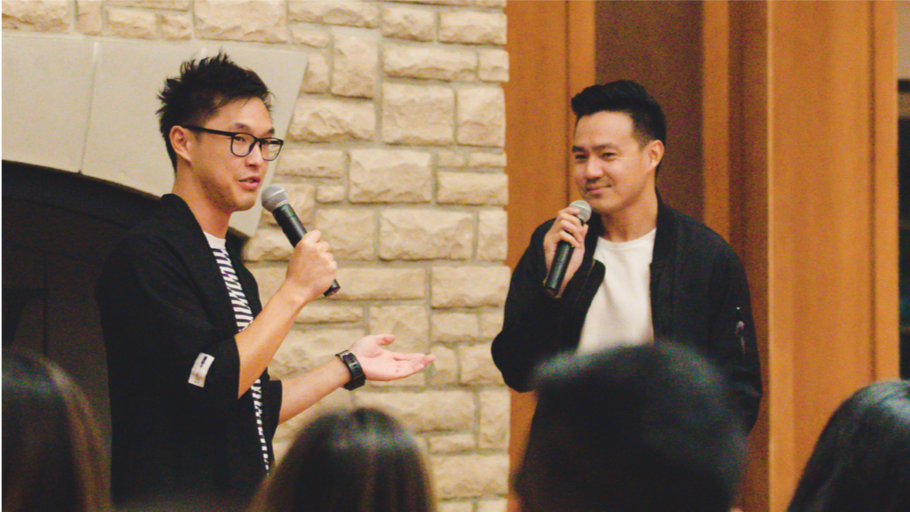 Wong Fu Productions was founded in 2006 by Wang, Chan and Ted Fu. They began making videos before YouTube became the go-to video-hosting platform, during a time in which the internet’s influence on media was still emerging, with their first video being a lip-sync video done for fun. Flash forward to today and it’s unbelievable how much they’ve grown since then. Some of their notable works include their YouTube Red series, “Single by 30,” and their Netflix film, “Everything Before Us.” Their work has garnered millions of views and recognition from news outlets like Time, NPR and CNN, not to mention their dedicated fan base.

In the first half of the Q&A, HKSA asked the duo questions about how they’ve grown over the past decade, working in media and how their careers have developed. Wang and Chan did an amazing job at making the whole event very comfortable rather than intimidating; listening to them was like listening to your friends. Their answers would somehow simultaneously make the crowd laugh, coo and nod in agreement.

One of the topics that resonated the most with students is trying to break the infamous “bamboo ceiling.” It isn’t uncommon for Asian-Americans to feel boxed-in when it comes to getting a career and battling the hindering effects of stereotyping. Wang hilariously referenced an article he read that argued that “true equality will be when Asian people can make mediocre stuff.”

Phil and Wes talked a lot about finding ground in the entertainment industry. Most recently, this pertains to their recent big project, “Yappie.” The comedy deals with a number of issues revolving around racism and societal expectations, such as interracial dating and ethnic divides within the community. When they were pitching the series to various producers, they’d been met with a lot of rejections. Rather than letting the project fall through, the company decided to take the matter into their own hands, funding and producing the endeavor themselves. “Yappie” opened a lot of doors in providing a lens for Asian-Americans that is often absent in today’s media.

Another poignant detail of the event was spending time discussing careers, which is especially relevant for college students. They emphasized how young college students are when it comes to immersing ourselves in the professional world and finding our paths; trial and error are both parts the journey. Chan also spoke about the importance of adaptability, bringing it home by stating “even if you lose your map, you can still find your way”—which earned a loud “aw” from the crowd.

Following the general Q&A, HKSA turned it over to the audience to ask their own questions. There were definitely some students who really wanted to get picked, with one standing up to get their attention and another making a quick impromptu sign using a Student Life notepad (that one may or may not have been me). There was great commentary that engaged Chan and Wang with the audience, even dishing out some advice on relationships and dating.

It was an amazing experience for so many of the students who went to the event. As for the future of Wong Fu, both men agreed that simply continuing to be able to make content is the plan. Chan further described their goal as not simply reaching a destination but building a vehicle that could take them to multiple ones. Needless to say, there is still so much to look forward to from Wong Fu, and Wash. U. will hopefully hear from them again in years to come.