Nowhere to go: What to do in St. Louis over fall break

So, you’ve been left in St. Louis for fall break: Four long days of nearly no on-campus food, no floor programming and no friends to hang out with. While you could sit in your room and binge all of “Breaking Bad” on Netflix again, you can also go out and explore all the fantastic things St. Louis is offering over the next few days! Put in that Enterprise CarShare request now and forge your way outside the bubble and into the great beyond.

For those of legal age, the St. Louis Oktoberfest starts this weekend at the Soulard Farmer’s Market. Bonus: It officially begins on Friday evening; so, you can start your St. Louis fall break experience 18 hours earlier!
Expect the best Germany has to offer: Beer, brats and lederhosen. There will also be live music, a wine garden and a market selling German goods. Even if you aren’t 21 just yet, you can still go and enjoy the atmosphere, but the bierhall will have to wait.

Sometime back in my childhood, I went to a Renaissance festival in rural Tennessee that was by some odd stroke of magic in the shadow of a centuries-old castle. The experience has never left me, maybe because the festival was sponsored by the short-lived energy drink Vault, and I drank two because they were free.
Anyway, this Renaissance festival is sure to offer some sword fights, jousting, turkey legs as large as your face, employees dressed in their finest medieval garb and a healthy dose of make believe. This year, there’s even a “Game of Thrones” tavern if the wait for season eight is proving to be too much for you already.

If you feel the need to treat yourself to a three-course dinner, why not get a show along with the price of your meal? Admittedly, a bit expensive for a college student’s budget at $50 a head, this murder mystery dinner does have the added benefit of being hosted in an actual haunted house.
The Lemp Mansion, as the legend goes, came about its haunted nature when five members of the Lemp family died under mysterious circumstances at an unnaturally young age. You won’t be solving that mystery, but nothing beats looking for a murderer in a house filled with unsolved murders, right? Scooby agrees, I think. 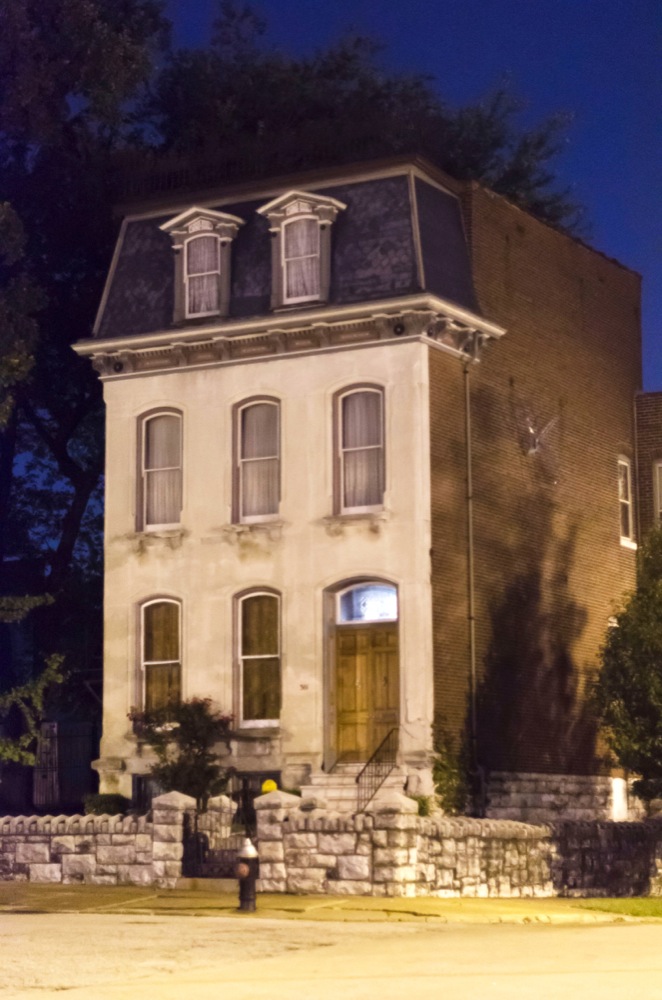 The Lemp Mansion, a historical house in Benton Park, is said to be haunted by the Lemp family. A murder mystery dinner will be held there this weekend.

Paddle with Your Pooch

You’ll need to scrounge up a dog for this one; but if you can, I’m sure it’ll be well worth it. Put that doggo in a Forest Park paddleboat, and off you go to watery frontiers that pupper has likely never seen before. Also, there’s just nothing better than Forest Park on a lazy Sunday afternoon.
Now is the time to go to your professor’s office hours and inquire about the presence of a canine. Who knows, the professor may even offer to pay you to take their four-legged friend to the park.

The pond overlooking Forest Park is outside Art Hill.

Ever wonder about what baseball in St. Louis looked like before the Cardinals? Well, here’s your chance to find out. Co-author Ed Wheatley will be talking about his book “St. Louis Browns: The Story of a Beloved Team” and will be joined by the other two co-authors to sign some copies at the Center of Clayton.
While maybe not the most exciting way to spend a Monday night, you can learn a bit more about your transplanted hometown.

Postcards at the Firebird

I don’t imagine St. Louis has many Lebanese dream-pop bands pass through its city limits when on tour; so, this may be a once-in-a-life time possibility. The band is also planning to release its first full-length album this upcoming January; so, this is a prime opportunity to get in on this band before they’re cool.
If you aren’t quite convinced yet, the Firebird is easily the most underrated concert venue in St. Louis. Just down the street from Saint Louis University, the bar transforms into an intimate nightclub, with opening acts often stepping into the crowd to watch those who come after them. If you want to experience the true college grunge bar, catch a set at The Firebird.

Head down to the Central West End to catch a live reading of the Shakespearean classic “Othello” outside of Left Bank Books. With Mission Taco across the street and Jeni’s ice cream right next to the bookstore, this performance can be co-opted in a delectable snacking experience.
Left Bank Books is also hands down the best bookstore in St. Louis; so, even if you aren’t a Shakespeare super fan, this trip would definitely be worth the drive.