Up close and personal with “The Lion King” musical 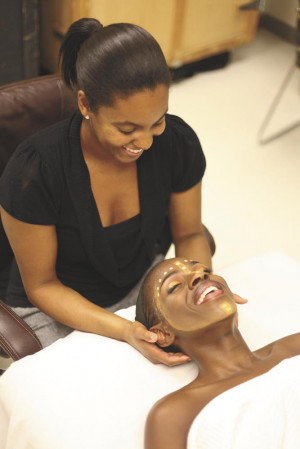 Maurica Roland | Brickdust Photography
There are plenty of reasons why “The Lion King” is one of the most beloved musicals of our generation. The storyline, of course, is familiar and the book sticks very close to the movie that we grew up with. Elton John wrote a large portion of the score (enough said, right?). Already impressive choreography is complicated by elaborate costumes that beg for constant kinetic awareness throughout each scene, not just during big musical numbers. Speaking of costumes, each is well-fabricated and stunning, and every cast member does their costume justice.

These are the obvious things, and it would be easy to say that “The Circle of Life” was stunning, Scar (Brent Harris) and Rafiki (Buyi Zama) were phenomenal and the production looked spectacular overall. But what really makes this show great are the subtleties.

I spoke to Washington University alumna Dionne Vernon, the physical therapist for “The Lion King” in late July before the show came into town. A former dancer and cheerleader, she is thrilled to be able to be traveling with “The Lion King” over the past nine months. Able to see all of the entities, Vernon’s work can be divided into three basic categories: stage call (immediate muscular injuries during rehearsals or performances), strengthening old injuries and injury prevention.

Puppets and props are a large part of the show. Zazu’s character (Mark David Kaplan), for example, requires intricate puppetry manipulations, and Vernon has to make sure that his wrists and hands are strong. Operating the waist-high Timon (Nick Cordileone) strains the actor’s arm, back and neck. The shadow puppets weigh between fifteen and thirty pounds, all operated by the hand-strength of the puppeteer and another who operates the flashlight.

This doesn’t even cover the manipulation of the hyena or giraffe legs, amongst all of the other props and puppets while dancing. The Lioness Hunt especially involves complicated choreography, made even more difficult by large headpieces. Each singer and dancer has a unique costume, with patterns made up of authentic symbols from different African tribes. The dancers’ costumes are, unsurprisingly, easier to move in, but Vernon still has to make sure all of the women are strong enough to perform.

“I really tip my hat off to Disney. They really care about the performers…not every musical has access to a physical therapist.” Dionne said.

With her department, the cast can make sure they perform at the best level they can for as long as they can. Athleticism is required by every single member of the cast, whether or not dancing is a main part in their role.

There are a couple of notable changes for those unfamiliar with the Disney movie. For example, the mandrill Rafiki was changed to a female role by the original director, Julie Taymor, in order to add a strong female lead. A scene is added in which Simba (Jelani Remy) is unable to save a drowning Timon (who, thankfully, makes it out of the water), and Scar attempts to make Nala his new queen. As with many movies-turned-musicals, numbers are added, including “They Live in You,” “Shadowland,” and one of my personal favorites, “Nao Tse Tsa,” when Rafiki and the lionesses mourn the death of Mufasa (Dionne Randolph).

While the paper tears streaming from the lionesses headpieces are a little comical, the scene when Scar takes over Pride Rock is one of the most emotionally charged scenes. Young Nala (Khail Bryant, Kailah McFadden, Sade Phillip-Demorcy) performs a trio with Sarabi (Tryphena Wade) and Rafiki, and the blending of the three voices is stunning. The mere fact that Young Nala was able to keep up vocally with two adult, trained singers was astonishing. Every single performer has to be at their best every single night.

“The cast, the crew, the whole company is such an awesome place to work…the creativity, the community; it’s really like a family,” Vernon said. “The whole team, everyone is important, everyone has to work like a team.”

Whether or not you’ve seen the musical version or not, “The Lion King” is a must see. Every cast and performance space is different, and this is a musical you may want to watch more than once. There are too many details to catch them all the first time around. “The Lion King” is playing at the Fox Theatre until September 2nd, a perfect way to start the new school year. I’m seeing it again.