I’m with the Band…and the Other Band, and the DJ, and the Hip-Hop Group! 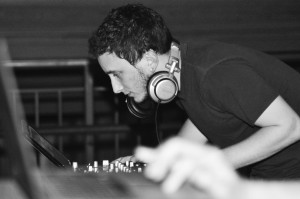 Junior Jeremy Klein acts as a disc jockey in the DUC. He will be performing at Cicero’s tonight along side his Wash. U. classmates in the party “WashU Takes Over Cicero’s.”

Ask the band formerly known as CLIVE to describe their new sound in four words, and you’ll get as many answers as musicians. Heck, they can’t even decide on a name. They’re billed as White Lightning, but don’t be surprised to hear them introduced as Mr. Master (or any number of names) tonight when the Wash. U. band takes the stage with classmates The Noam Chomskys, R.N.S. and Jeremy Klein in a party dubbed “Wash. U. Takes Over Cicero’s.”

John Stanley, frontman of The Noam Chomskys, emphasized the danceability of the groups’ music, despite their disparate styles. Besides TNC’s fusion of funk, hip-hop, reggae and rock, Jeremy Klein, winner of last year’s WU DJ Battle, will close the event. Rounding out the lineup are hip-hoppers R.N.S., who bring their Southern-flavored rhymes to anyone who just wants to jig. Be sure to listen for “Jigg Sum’n,” a song dedicated to Wash. U. parties.

Doors for the 18-and-over show open at 8 p.m., and Mr. Master kicks off at 9 p.m. Cover is $5. Mr. Master and The Noam Chomskys will also play together at Market Pub House on Saturday night.