The summer movie season is nearing the starting line, and it’s raring to go. Some people (*cough-cough* the other half of Cadenza *cough*) think that it’s more important to highlight summer’s TV shows, but rest assured, they are wrong. Here’s why: 1) It’s a cold, hard fact that movie screens are bigger than TV screens; 2) The sounds are louder, too and 3) Look at all these cool movies that are coming out! From “Step Up 3D” to “Eat Pray Love” to “Iron Man 2,” this is shaping up to be a summer movie season for the ages. 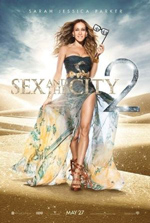 ‘Sex and the City 2’
Carrie, Samantha, Charlotte and Miranda are back with another installment in the successful “Sex and the City” series. After the first film made the transfer to television, its success warranted a sequel. Are Big and Carrie going to stay together? Is Samantha going to find love? Why is Miley Cyrus in this movie? All of these questions and more will be answered this summer. More fashion, sex, city, comedy and drama are no doubt in store for the four girls as they navigate love and life.

‘The Karate Kid’
Things aren’t as simple as they were in the ’80s. Hollywood doesn’t do “remakes” anymore. They make “homages” and “reboots,” and this movie is definitely one of those last two. That means that Jackie Chan plays Mr. Miyagi—er, Mr. Han—and teaches Dre Parker karate—I mean, kung-fu. Things are different now, big whoop. Will Smith’s son, Jaden, isn’t as adorable as he was in “The Pursuit of Happyness,” but he looks just as endearing. However, the trailer is a little serious for Cadenza’s tastes. Hopefully director Harold Zwart can inject some fun into the final product.

‘Eclipse’
The third installment in the massive “Twilight” phenomenon, “Eclipse,” will be released this summer, featuring sudden stars Robert Pattinson, Kristen Stewart and Taylor Lautner. This time around, the vampires and werewolves will have to band together to fight off an army of evil vampires who are trying to kill Bella. Even within this shaky alliance, vampire Edward and werewolf Jacob will duke it out to win Bella’s heart. The romance will have teenage girls swooning and screeching to the box office all summer (and Taylor’s countless shirtless scenes probably won’t hurt either).

‘The A-Team’
They’re back! But it’s been 24 years since the show ended, so why now? There’s a question of relevancy, but there’s also a counter-argument, because everyone knows about the A-Team (if not directly, then tangentially through hummed theme songs or conversations after 1-800-COLLECT commercials). For better or for worse, the show has been implanted into our social conscious, and the movie will surely capitalize on that. Sure, there’s the fear that it could end up being the next “G.I. Joe,” but remember, it could just as easily be the next “Star Trek,” too. 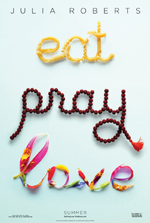 ‘Eat Pray Love’
Based on the best-selling book, “Eat Pray Love” follows a recent divorcée, Elizabeth Gilbert (played by Julia Roberts), as she decides that she needs to change her life. After her divorce, Elizabeth decides to travel the world, living for months in Italy, India and Bali, trying to find what her life was missing. As if Roberts and exotic locations aren’t enough, “Eat Pray Love” is directed by “Glee” creator Ryan Murphy and produced by Brad Pitt.

‘Inception’
Following his successful turn in “Shutter Island,” Leonardo DiCaprio will be starring in yet another sci-fi thriller, “Inception.” Directed by Christopher Nolan (who directed “The Dark Knight”), “Inception” follows an agent who can give people drugs in order to venture into their minds, steal their secrets and sell them to the highest bidder. While this certainly seems like an ingenious business scheme, there is no question that things will take a turn for the worst, as the mind is not something you would want to mess with. Trippy and thrilling, “Inception” will have you on the edge of your seat.

‘Step Up 3D’
The successful and entertaining dance series, “Step Up,” is going to release its third film, and this one will be in 3-D! “Step Up 3D” will be released this summer and will star “Moose” from “Step Up 2: The Streets” and Camille Gage from the original “Step Up” (she played Channing Tatum’s sister). Speaking of Tatum, the actor, who launched the series, will also appear in the third film. With hip-hop and dancing galore, “Step Up 3D” will for sure be one of my favorite movies this summer.

‘Iron Man 2’
After battling for sobriety, Robert Downey Jr. began his comeback with a splash in 2008’s “Iron Man.” What hasn’t yet been said about his fantastic turn as Tony Stark? His witticisms were perfect for the role, bringing a sense of comedic timing to a funny flick. And no, “Iron Man” wasn’t “funny for a superhero movie”; it was genuinely funny, clever and any number of superlatives. Gwyneth Paltrow’s game of push-and-pull with Downey could fill a rom-com on its own. Mickey Rourke and Scarlett Johansson will fit into the sequel nicely, but let’s not kid ourselves. The new movie is, and always has been, about Robert Downey Jr. His renaissance continues.

‘Salt’
It’s unclear if Angelina Jolie’s character, the bad-ass Evelyn Salt, is working for us, the Americans, or our star-crossed enemies, the Russians. Of course, car crashes, gun fights and explosions are all but guaranteed in this thrill ride, but if director Phillip Noyce knows what’s good for him, he’ll raid Paul Greengrass’ (director of the last two “Bourne” movies) diary for tips on getting an action movie to marry a thoughtful story. We’ll see how Greengrass’ vision pans out when the movie is released in late July. Until then, we must ask ourselves, “Who is Salt?”

‘Robin Hood’
Russell Crowe. Ridley Scott. Put them in the same sentence, and “Gladiator” fans tend to sweat and roar in excitement. But what should we expect from this new exploration into the legendary figure of Robin Hood? There hasn’t been a serious movie on the well-meaning thief, his merry men or his tights in years. It’s not likely that Crowe’s Hood will have many cheery companions anyway. Think “Kingdom of Heaven,” and expect something epic with a deep message. Under the right guidance, this could be a very good thing.