The state of rap music 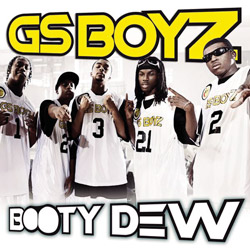 You really shouldn’t read this. I’d stop right now. Seriously, don’t go any farther. You won’t listen to me? OK, let’s see what you’re in for.

Rap music has more haters than Lex Luthor. My parents and grandparents tell me that it’s just noise. The incessant and mind-numbing bass almost brings the ears to bleeding. The overload of profanity drowns out any potential meaning in the lyrics. The artist simply barks into the microphone. Scratch that, calling rappers “artists” grants them some sort of capacity for creativity. Talent is not a factor in the formula for rap music.

I always defend hip-hop against these harsh contentions. I insist that the doubters simply don’t have fair evidence for their arguments. It is more than acceptable to dislike rap music. Just don’t listen to some of the trash that the rap domain produces and then consider it representative of the entire genre. Yet too many rappers these days make it harder and harder for me to defend hip-hop music.

So why shouldn’t you read this article? Because my primary task is (was) to review two new rap EPs: V.I.C.’s “The Vanity” and GS Boyz’s “Booty Dew.” For some reason, I volunteered for the job, but not until later did I realize why.

I must admit, I wouldn’t even be writing this article if I were only reviewing the two soundtracks. I have an ulterior motive, provoked by the garbage that is “The Vanity” and “Booty Dew.” I suppose, first and foremost, I should complete my assignment. So let’s power through it.

The GS Boyz (of the famed “Stanky Legg”) and V.I.C. (of the well-known “Get Silly”) sure do go to incredible lengths to sabotage my defense of rap music. What the *hell* is “booty dew” anyway? Let’s go the most reliable source for such a question: Urban Dictionary. According to the lexicon of slang, “booty dew” is when “your stomach sticks out farther then your booty do.” But I’d have to agree more with the third entry on Urban Dictionary: It’s “a song and dance by the G-Spot Boyz from Dallas, Texas…[that] is insanely simple and could probably be performed by a total nincompoop. If the song weren’t so d— catchy, it would be completely stupid.” Quite simply, the song is incredibly brainless. I feel stupider for having listened to it. The rhyming is dreadful. The beat is obnoxious. I suppose the best features of the EP are the second and third tracks, the former without lyrics and the latter without instrumentals. It’s that terrible.

And now, let’s take a look at V.I.C.’s “The Vanity,” featuring J. Futuristic. Three tracks comprise the EP: the single “Say Bow,” the edited version and the instrumental. Once again, imposters seem focused on demolishing my defense of rap music. First of all, I cannot even understand what V.I.C. is saying in this song. He raps like a dog with peanut butter stuck to the roof of its mouth. After finally deciphering the blabber, I regretted having done so. Somebody needs to explain to V.I.C. the definition of a rhyme. For example, V.I.C., you cannot rhyme a phrase with the exact same phrase, and “mattress” and “married” might be the closest you come to a successful rhyme. Once more, rap music takes a serious hit to its legitimacy.

So now I can get to my hidden agenda. With every release of music like these two new EPs, the passion in my defense of rap music decays. I’m honestly scared that with the constant infusion of such music in the hip-hop scene—and even on the radio—the volume of those rappers that do have talent and do produce quality music will eventually reach a state of silence. The rappers of today need to show the same kind of soul and passion that Tupac, Notorious B.I.G., Jay-Z and OutKast have revealed. I understand that such talent is rare, but simply dumbing down to the noise of the GS Boyz and the idiocy of V.I.C. is a cop-out move that only benefits the haters. So to all the rappers trying to make it big, I wish you could hear me. The fame of a catchy club hit is guaranteed to flame out sooner rather than later, and the rap game will burn because of it. I will always defend rap music, but not like I used to. Nowadays, I inch closer and closer to the side of my parents, grandparents and all the haters. And for that I have no one to blame but the rap game itself.