As Wash. U. students, we all have a lot to be thankful for this Thanksgiving, but celebrities have more

Taylor Swift: I’m just a girl that sings country songs; I have so much to be thankful for –
Kanye West: YOOOOOOOO TAYLOR. I’M GONNA LET U FINISH. BUT B-YONCE’S GOT DAA MOST 2B THANKFUL 4 OUTTA EVERY1 THIS YEAR.

Michael Cera: Umm, yeah, I’m just really thankful, that umm, that girls are attracted to both my inability to enunciate and my feminine qualities.

Robert Pattinson: I just want to thank all of the vampire fans out there for making my paleness sexy instead of pasty.

Paris Hilton: I’m thankful for a roof over my head, a delicious turkey in my belly (with a side of mashed potatoes, of course) and last, but not least, my loving family.

Anything That Ever Starred Jane Lynch: Jane Lynch

Tracy Morgan: I’m thankful that, 4,000 years ago, when the Earth was flooded and the Pilgrims swam over from Scandinavia to the Rosetta Stone, the Native Americans taught them how to survive on spicy tuna rolls and popcorn.

Jon Hamm: Do you really need to ask? 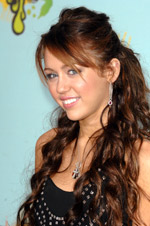 Miley Cyrus: I was told by my publicist to thank Jay-Z, whatever that is.

Kate Gosselin: This Thanksgiving, I’m thankful that I have one less mouth to feed.

Katherine Heigl: I’m thankful that I’ve been able to ascend from roles in
misogynistic films like “Knocked Up” to the pro-feminist “The Ugly Truth.”