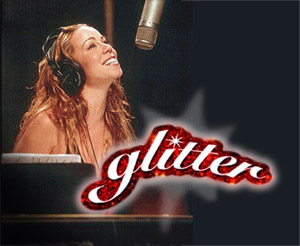 “Glitter” has a pretty respectable position on the IMDb Bottom 100. At No. 85, it’s sitting pretty, 16 spots from being off the list, among the likes of “Troll 2” (1990) and “I Can Do Bad All By Myself” (2009). If you don’t know the story of “Glitter,” I’m surprised. Legend has it my girl, Mariah Carey, was going through some things at the time. She pushed an ice cream cart onto “Total Request Live,” stripped down to a bikini, and said she just wanted “to go where the butterflies are.” So, she’s crazy. Why was she on “TRL” in the first place? To promote her new vehicle that would be her crossover into acting fame. Fox promoted the movie as Mariah Carey playing—you guessed it—Mariah Carey.

The story of Mariah Carey’s life is actually quite interesting. I’m not kidding, look it up. But when you have Mariah Carey playing her life story, it just doesn’t work. The story goes that Billie (Mariah’s character) was born into poverty with an absent dad and a cracked-out mom and then waited tables as an adult to not fall into complete oblivion and found consolation only in her friends/roommates, Roxanne (Tia Texada) and Louise (Da Brat, Mariah’s real-life bffl). Then, as with Mariah, Billie goes to the right club at the right time and is spotted by an exec who instantly wants her on his roster. In Mariah’s case, that exec was Tommy Mottola, and he was the super-millionaire whom she would go on to marry. With Billie, however, he was Julian Dice (Max Beesley). Not such a big shot, but he too loved the girl. Thus began the clichéd story of love against the odds. Nutshell version: Billie shoots to superstardom, Julian gets in trouble with some shady characters, Julian and Billie have a fight and break up, Julian is killed, and Billie is devastated that she yelled at him the last time she saw him. I just spoiled the movie for you but, trust me, you don’t need to see it.

What makes “Glitter” such an epic fail is not that it is a story we’ve heard before. Most productions are just reworkings of the same few general themes. “Glitter” is an abomination because it’s stale and saccharine, and the acting is a signal that Armageddon is nigh. There is nothing special about the story, so a viewer would expect there to be something extraordinary about how the story is told. Not so with “Glitter.” It’s a run-of-the-mill retelling.  So, now the viewer at least expects good acting. No. You can’t even blame it on the fact that it’s Mariah’s first feature. The whole ensemble is bad. SO bad. I can’t even explain, except to say that the printed criticism of Mariah states that “every emotion she tries for looks like she’s searching for her car keys” is true.

Not even I, Mariah Carey’s biggest champion, could say this movie was passable. I wouldn’t be able to sleep at night if I lied that tremendously. I hate to be another rung in the ladder of haters of this movie, but it’s legitimately one of the worst things this decade has made. And this decade made “B2K.” Don’t even watch this for the giggles. It’s that bad. IMDb’s current 2/10 is probably too much.