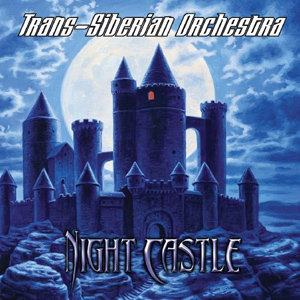 Creating a double album is very touch-and-go. It can be hailed as a hallmark of music (“The White Album”—The Beatles, “At Fillmore East”—The Allman Brothers Band, “Songs in the Key of Life”—Stevie Wonder), or more likely, it will fall short of expectations (too many to list). Critics often accuse them of being created solely to indulge the producer’s whims and thus state that they could often be whittled down into one strong album, rather than filling two mediocre ones. Regrettably, “Night Castle,” Trans-Siberian Orchestra’s (TSO) most recent album falls into the latter. TSO, a modern rock orchestra founded in 1996 by Paul O’Neill, is known for its covering and symphonic rock-reinterpretation of classic Christmas and holiday songs. After releasing “The Lost Christmas Eve” in 2004, the band stopped recording. The 2009 release has been highly anticipated for years, and while it is by no means a failure, it does not fully satisfy either.

The first disc is the weaker of the two. Highlights include the first track, “Night Enchanted” and “Mountain.” “Night Enchanted” contains a beautiful chorus that plays simultaneously with a stunning string build-up, culminating abruptly with an eerie silence. Individual female voices follow, backed by only a piano, which lends the track an innocent, naïve feel. This is quickly terminated, however, when the more traditional string and guitar-heavy TSO music returns to the piece.

“Mountain” is a reinterpretation of the popular “In the Hall of the Mountain King,” composed by Edvard Grieg. Often covered, TSO’s version has a unique combination of leadenness and airiness in sections, sounding most like Apocalyptica’s variant of the song. Another song on the first disc worth listening to is “Mozart and Memories,” but much of the rest of it is filler and could be removed without crippling the album.

The majority of material, if the record were cut down to one album, would come from the second disc. Most notably, “Moonlight and Madness” is very enjoyable to listen to. It starts off with a very quick and dexterous piano and slowly adds guitar in the background. Midway through, it becomes more rock-like: The guitar is weightier, the piano lower, yet it still maintains its original theme. This continues throughout, culminating in a satisfying “safe” ending for TSO, that is, with loud, flamboyant and dramatic drums and guitars.

“Nutrocker” is my favorite song on the album. A cover of the B. Bumble and the Stingers, the song draws heavily on “Marche” from “The Nutcracker.” The song also has elements that are reminiscent of Pachelbel’s “Canon.” The tune is catchy, and TSO somehow manages to add the taste of a dancehall jukebox to the mix.

Overall, especially given the long time between albums, “Night Castle” disappoints. While certain tracks are certainly worth buying and listening to, the record as a whole can be skipped.