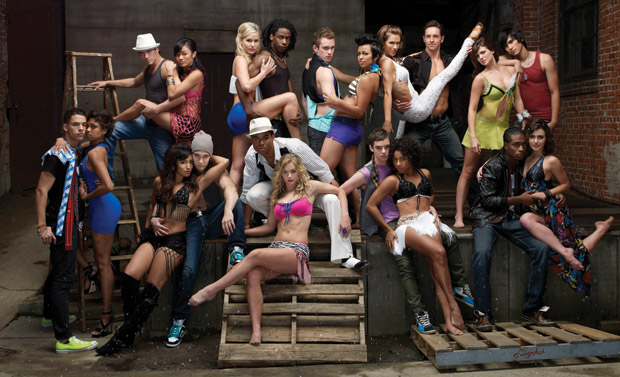 I know nothing about dancing. I took lessons until the ripe age of 4, and I then gave up when ballet wasn’t fulfilling my heart’s desires. I definitely don’t think I can dance. So I surprised myself this summer when I decided to tune in to the fifth season of Fox’s “So You Think You Can Dance.” Well, it was on after “American Idol,” and I was bored that night. But after one episode, I was completely hooked.

Season six of “SYTYCD” has been on for a couple of weeks now, but the finals are just starting at 7 p.m. Tuesday night on Fox. You all should be watching this show, and here are a few reasons why. First, the talent is absolutely incredible. So many different types of dance are showcased, and it is amazing to see all the ways those bodies can move. Second, as strange as this sounds, you will learn so much about dance. Since I started watching last summer, I not only learned that dancing styles such as krumping, contemporary, pop jazz, quickstep, two-step and pasodoble exist, but I’ve also learned exactly what they look like and how they should be performed. Third, famous choreographers come out to arrange the dances week after week, and the work they put forth is incredible.

httpv://www.youtube.com/watch?v=e0Pcpchk74YLast season’s stand out jazz routine choreographed by Wade Robson and performed by the impeccable Brandon and Janette.

But the main reason to watch this year is because the talent pool they’ve put together is incredible. Every year, the judges find their top 10 girls and top 10 guys, and there is more dancing diversity than ever before. Although a tapper has never made the finals in all five seasons of the show, there are three in the top 20 this year. Bianca Revels, the only female tapper, is one to watch out for. Unfortunately cut in season 5, she greatly delighted the judges (and the viewing audience) all throughout the audition process this year. Krumper Russell Ferguson, another standout from the audition episodes, has never been formally trained in any type of dance, and yet he can miraculously perform all styles like he’s been studying his whole life. There’s always a plethora of contemporary dancers in the finals, but contestants like Billy Bell and Nathan Trasoras truly deserve their spots, and jazz dancers like Pauline Mata dazzle with their smooth moves.

There will be an episode introducing the top 20 at 7 p.m. either Monday or Tuesday night on Fox (the fate of the Yankees and Angels had not yet been formed at press time). Tuesday night, the finals will begin. Each of the men is paired up with one of the women, and these couples will stick together for the next five weeks, performing as many types of dance as they can while they stick around. In a time of year when voting reality competitions can be lacking (I unfortunately long for “American Idol” from May until January), “So You Think You Can Dance” is the way to go. Watch the series’s first fall season, and I promise you’ll be in for a real treat.

Tags: dance, so you think you can dance, tv