Midterms are upon us once again! To keep up your spirits, Cadenza Music Editor Cici Coquillette provides theme songs and encouragement based upon your major.

Classics/humanities
“Achilles’ Last Stand”
(Led Zeppelin)
Sometimes a fresh perspective on an old story can be useful. And who better to spin this tale than Robert Plant?

Physics
“Under Pressure”
(Queen and David Bowie)
I don’t totally understand how various forces, velocities, gas laws and pressures interact, but I’m sure glad that you do! If only we could figure out what makes this song so good…

Comparative literature
“We Are All Accelerated Readers”
(Los Campesinos!)
Los Campesinos!’s catchy electro-pop, along with their upbeat message, just might get you through that mountain of reading.

Engineering
“We Built This City”
(Starship)
Well, it was a tie between this song and “Straight out
of Compton.” What a well-
named lab! 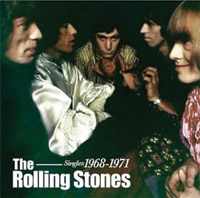 Art
“Paint It Black”
(Rolling Stones)
There’s beauty in simplicity. Don’t think of it so much as having a single-color canvas, more of a deliberate use of positive space.

Women, gender and sexuality
“Man, I Feel Like a Woman”
(Shania Twain)
Intersecting inequalities are a pain in an intensely patriarchal system, but sometimes you have to celebrate the little joys.

Political science
“Fight for Your Right”
(Beastie Boys)
Your investigation into the nature of our political rights lines up perfectly with the Beastie Boys’ public-policy-focused anthem. Right? Isn’t that what the song’s about?

Architecture
“Brick House”
(The Commodores)
Bless you, future architects. All of those hours in studio may seem terrible now, but soon you’ll be out in the real world building mighty, mighty things.

Latin
“Sic Transit Gloria”
(Brand New)
OK, maybe it only applies to the title, but there’s something to be said for applying a dead language to pop culture! Well played, guys, well played.

English
“Oxford Comma”
(Vampire Weekend)
I don’t know, guys; I was taught that using the Oxford comma was correct. Vampire Weekend clearly doesn’t care, but I’ll defer to your expertise.

Psychology
“Where is my Mind?”
(The Pixies)
Maybe someday we’ll figure this one out.

B-school
You guys actually have midterms?

Need more ideas of what to listen to while studying?
Check out our
Song of the Week
at www.studlife.com.