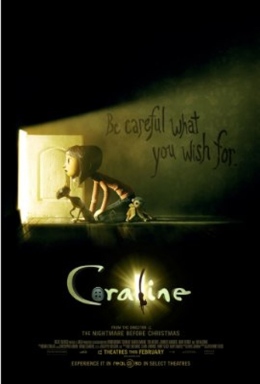 Where would we be without children’s movies? They provide us college students with blissful hours of nostalgia-fueled discussions about which Disney princess was hottest or which McDonalds tie-in toy we most enjoyed. Something often forgotten by people our age is the service they provide to parents; plop your kids in front of their favorite movie and that should shut them up for an hour and a half. But what about those movies that go too far­—that advertise themselves as family-friendly romps or a short time of silence for weary parents but end up causing crippling emotional damage through their inappropriate themes and horrific visuals? We’re not talking about Bambi’s mom kicking the bucket or a couple of naughty puns that a certain green ogre shows a proclivity toward. No, this is full on night-terror-inducing, psychiatry-bill-generating fun house mirror versions of kids movies. The recent release of Neil Gaiman’s “Coraline” has brought the question into the national spotlight: “When is a children’s movie too scary for children?” Well, we here at Cadenza have made a list, in Top 10 form, to ease the nation’s pain. Here you go, parents of America. Make sure your kids don’t watch these movies.

*Disclaimer* (Because of all the attention this article has been getting from nonregular readers, I wanted to put this disclaimer up for those of you not familiar with our format. While our reviews are serious, many of our features are not (I once wrote a defense of Ang Lee’s “Hulk” arguing it was a great movie because of the Hulk hands toy tie-in. That was one of our more serious articles.) We at Cadenza are open to most things, censorship is not one of them. Just clarifying that most of these were also my favorite movies as a child, just ones that, upon looking back, have some themes and images which can be a little creepy or odd. I agree that more children should watch movies of this nature. Thanks again for all the interest and I hope you all keep reading. In the future I wil not be so foolish as to think that no one would ever read my articles. -Brian Stitt, Managing Editor) 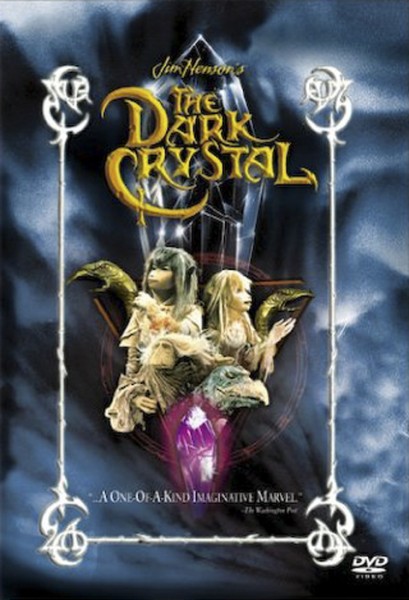 One of Monty Python alum cum-auteur Terry Gilliam’s first movies, “Time Bandits” features the most horrific final scene in cinema, children’s or otherwise. Our young hero Kevin has just returned from a fantastic, time-traveling journey to find himself in bed, his house burning down around him. The firemen bursting in to save him hardly compare with the myriad adventures he had the night before; he met Robin Hood and Napoleon, found the father figure he always longed for in Agamemnon, even encountered “The Supreme Being” in a showdown with evil, only to find it all ripped away, as if it were a dream. Turns out the fire was caused by his own dull parents who constantly ignore him. They had something in the toaster for too long. Realizing that what was in the toaster is a chunk of pure evil left over from the Supreme Being’s battle, Kevin warns them not to touch it, only to be ignored once again. They disappear in a poof of smoke, and Kevin is left standing on his lawn as the firemen and police leave him all alone. For the rest of his life. When you look up “bleak” on an internet dictionary, it should show you this movie.

The story of a monster who wants to steal our young heroine’s eyes is pretty frightening. The fact that the monster disguises herself as Coraline’s dream mother adds a very creepy layer. But it is Henry Selick’s stop-motion animation and character design that pushes this movie into the upper echelon of creepy kids’ movies. “The Nightmare Before Christmas” had a similar vibe but was jovial overall. “Coraline” resembles the stories of kids’ real lives and real fantasies. Those whose parents make them vegetables and seem to be always working may trade their eyes for a chance at a mother constantly baking cakes and father quick to serenade his daughter with a song. The opening credits serve as the perfect mood setter, introducing us through a needle-handed doll maker to a world where our toys may turn against us, simply by being an extension of our dreams.

Jim Henson was certainly known for blurring the line between adult’s and children’s entertainment, but he rarely made anything that pushed that line too far. “The Labyrinth” certainly wasn’t “Sesame Street,” but arguably, the scariest part about it was David Bowie’s package. So “The Dark Crystal” really came out of nowhere. The scariest thing about the villains, a dying race of rotting vulture-like creatures called Skeksies, was surprisingly not their plans for world domination by genocide (you’d kill off the Gelflings too if there was a prophecy that they would bring down your reign of power). It was the constant infighting and willingness to cast off one of their own so quickly after SkeSkil lost his Trial by Stone to General SkekUng. The blackness of their hearts was especially disturbing because we saw it in ourselves, just as our good qualities were mirrored in the calm and gentle urRus, a race of hunchbacked Mystics. Okay, so the really scary thing about “The Dark Crystal” is that it has the power to turn normal kids into massive dorks. Beware the crystal’s power before it’s too late. I know it is for me.

7. Willy Wonka and the Chocolate Factory

Roald Dahl was known for liking to scare little kids with his gruesome stories. Even he could never have imagined the hellish boat ride featured halfway through “Willy Wonka and the Chocolate” factory. The combination of psychedelic swirling colors, horrific images (bugs in skulls! headless chickens!) and Gene Wilder’s droning, slow-building, song combine to create the scariest minute and half ever put on film. This comes after Mr. Wonka has tempted the children in his factory and the audience with his candy wonderland, only to reprimand the children when Augustus Gloop is sucked away to his possible death. This dark, frightening quality may be why we remember the movie so well as adults, but as kids the boat ride was a great time to sneak away for a bathroom break.

Kids love bunnies. It’s a fact. And why wouldn’t they? Bunnies are furry, cute and have improbable levels of floppiness. We are programmed from a young age, through books ordering us to pat the bunny and Christian holidays treating rabbits as bringers of sweets, to love bunny rabbits. While the book “Watership Down” featured a few more macabre details than society at large is used to associating with fluffy bunnies, certainly the animated adaptation would tone those parts down, right? Apparently the British do not share us Yanks’ refusal to associate bunnies with blood-fueled rage. Monty Python’s killer rabbit looks like Thumper next to “Watership Down’s” warriors. Bloody battles and scarringly realistic bunny deaths abound in this supposed children’s movie. Millions of children never thought about Easter the same way again. 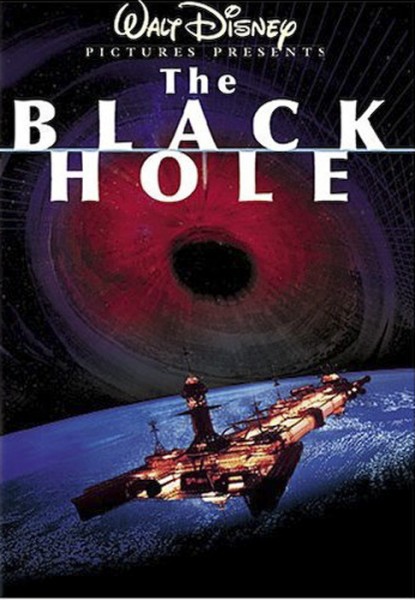 Disney’s answer to “Star Wars” kind of missed the point. It retained stunning special effects and an outer space location, but replaced the fun, action-packed story with one from a ploddingly-paced psychological thriller. The crew of a spaceship encounters a missing vessel near a black hole. The ship’s captain has lobotomized his mutinous crew and created robots to take their place. He plans on entering the black hole to explore what may lie beyond. Despite the first-time-for-Disney PG rating, most viewers foolishly thought that something with the Disney logo would be kid friendly, not the kind of movie where characters are eviscerated on-screen and the entire cast is sent through the black hole at the end only to encounter Heaven and Hell, and end up in a dimension in which they will never belong. It did serve as many children’s introduction to the concept of “fate worse than death,” so the film deserves a gold star for that.

This film was presumably made as a punishment for a Disney executive’s naughty child who liked to make up stories. A psuedo-sequel to the 1939 MGM classic, “Return to Oz” starts out with Auntie Em deciding that Dorothy’s psychotic babbling about talking scarecrows and melting witches deserve a healthy dose of electroshock therapy. Dorothy runs away from the terrifying psychiatrist, Dr. Worely, only to find her self back in Oz facing the villainous Mombi, an evil princess who can remove her head (and yours!), plus an army of soldiers with wheels for hands and feet. Despite the fact that the entire movie is terribly grim, with all of Dorthoy’s friends from Oz having been turned to stone, it is those soldiers, the Wheelers, that left an indelible mark on all young viewers and fueled the nightmares of a generation.

3. The Fox and the Hound

It’s not exactly a classic, but certainly “The Fox and the Hound” is one of the better remembered movies from Disney’s ’70s and ’80s “bad years.” It has some good laughs, a song or two from Pearl Bailey and a brilliantly-animated bear attack. Could there be a better way to teach kids about the evils of racism and bigotry than by abstracting it through the lens of an animal adventure? Maybe, if they had made a movie that didn’t conclude that Todd and Copper could never be friends. Sure, kids, separating people based on outward appearance and outdated social norms is bad, but there is nothing we can do about it. Segregation is inevitable anyway, guys. Just let Todd go play with his forest friends, and Copper can go be the hunting dog he was born to be. You can’t change who you are, and you can’t make a difference in society. Deal with it.

2. The Adventures of Mark Twain

Many of you may not remember this one, but that’s because everyone who saw it as a child immediately blocked it from their memories. The first full-length Claymation feature, “The Adventures of Mark Twain” is a rumination on the futility of life and the pros and cons of creating one’s own destiny through suicide. But, you know, for kids. Mark Twain takes Tom Sawyer, Huck Finn and Becky Thatcher on a journey to the farthest reaches of the cosmos and to the darkest depths of his own soul in search of Haley’s Comet and his death. They try to talk him out of it, partly because he has so much to offer the world with his words, wit and wisdom, but mostly because he plans to crash the airship into the comet, killing them all. It’s an intriguing and hypnotizing look at artistry and history that will scare the bejesus out of anyone who isn’t blind and deaf.

The only thing scarier than the quality of this putrid excuse for entertainment is the costumed little people masquerading as the nauseating Garbage Pail Kids. Based on an allegedly-amusing series of stickers mocking the Cabbage Patch Kids, The Garbage Pail kids are disgusting affronts to fake humanity with names like Valerie Vomit and Foul Phil. Kids are supposed to like gross things, and these things certainly are gross, but soulless round rubber faces, obnoxious voice acting and embarrassing special effects turn this film’s heroes into grotesque mockeries of the the grotesque mockeries they are based on. This film left a permanent black mark on humanity and the film industry. Showing this movie to your kids may result in a boost in their personal hygiene, but it will also kill a small part of them that will never grow back. Sort of like the lobotomized automatons in “The Black Hole.” Truly horrifying stuff.